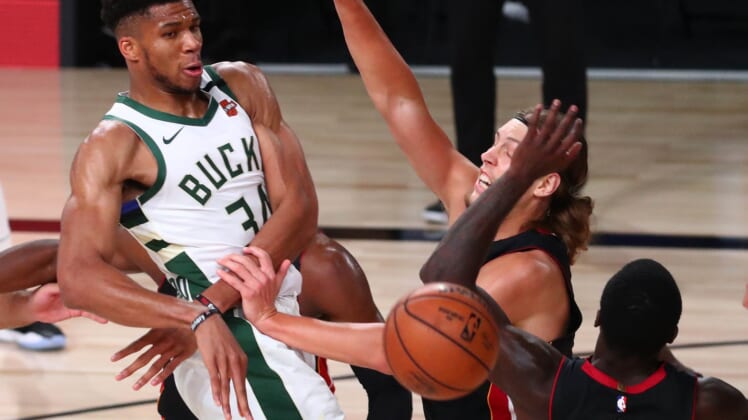 Reigning NBA MVP Giannis Antetokounmpo lost his cool a bit during Tuesday’s game against the Washington Wizards, head-butting Moe Wagner after an incident between the two.

Antetokounmpo was ejected for his role in the altercation. The Milwaukee Bucks star is now facing even more punishment from the Association heading into the playoffs.

To be clear, this won’t have much of an impact on Milwaukee heading into the playoffs. The Bucks have already clinched the top seed in the Eastern Conference and head into Thursday’s regular-season finale with a 56-16 record.

Though, it must be noted that Milwaukee has lost seven of its past 10 games dating back to before the 2019-20 season was suspended back on March 11. The Eastern Conference favorites are also 3-4 in the Orlando bubble.

Much like the Los Angeles Lakers out west, it seems that the Bucks have struggled getting back into form as the two head into the playoffs with championship aspirations.

As for the Greek Freak, he averaged 27.8 points, 12.2 rebounds and 4.2 assists on 63% shooting from the field in six games at Walt Disney World. He should be more than ready to go once the playoffs begin here soon.