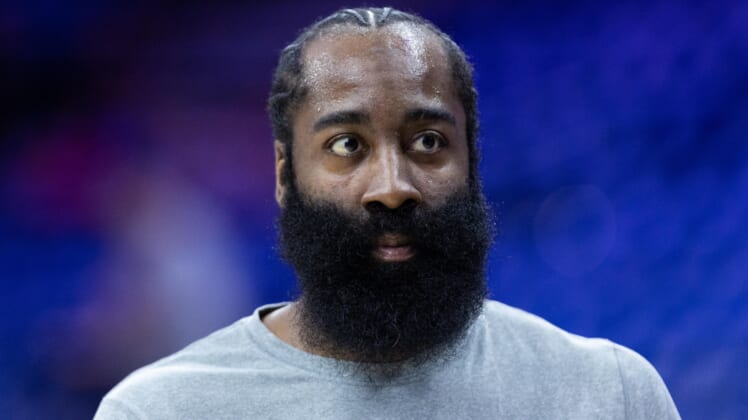 Good news. James Harden took less money to help the Philadelphia 76ers build a stronger roster in 2022. Bad news. The Sixers are being investigated by the NBA for possible tampering, thanks to the Harden contract, in addition to the others made possible by the superstar reducing his salary in 2022.

According to Adrian Wojnarowski, the NBA is concerned about the 76ers possibly making early contact and thus tampering in their negotiations to sign Harden, but also P.J. Tucker and Danuel House Jr.

Last week word suddenly emerged about teams around the NBA being skeptical of James Harden declining what would have been a $47 million player option, before signing a deal paying him $33 million in 2022. This, in turn opened up more money to spread around, allowing Tucker and House to fit under the budget.

Some teams, maybe even some of their direct competitors in the Eastern Conference, likely took issue with this approach, wondering if the Sixers’ organization had a sort of wink-nod agreement with Harden already in place. This suggested the team had already spoken to Harden about a future contract next offseason, which is against the Collective Bargaining Agreement’s rules.

If the league finds the 76ers guilty of tampering, it wouldn’t be the first time they’ve penalized a team for going against the grain. In 2021 the Association stripped the Chicago Bulls and Miami Heat of a second-round pick for making early contact with Lonzo Ball and Kyle Lowry in free agency.

There have been a few others, but perhaps the most notable came back in 1999 when the Minnesota Timberwolves employed a similar approach to sign Joe Smith. The deal then was Smith would agree to a contract for a smaller amount of money in the short term, with the understanding that a bigger contract would come later. This would allow the team to build up a stronger roster in the short term.

Only, it didn’t work that way, the league stripped the Wolves of their first-round picks for the next five seasons before eventually giving back two of the selections.

Nowadays, we don’t see the penalties being so harsh, but if the 76ers are found guilty of tampering, you’ll most likely only see a second-round pick stripped away, along with a large fine to the organization. Nothing that won’t make them or another team do it again.