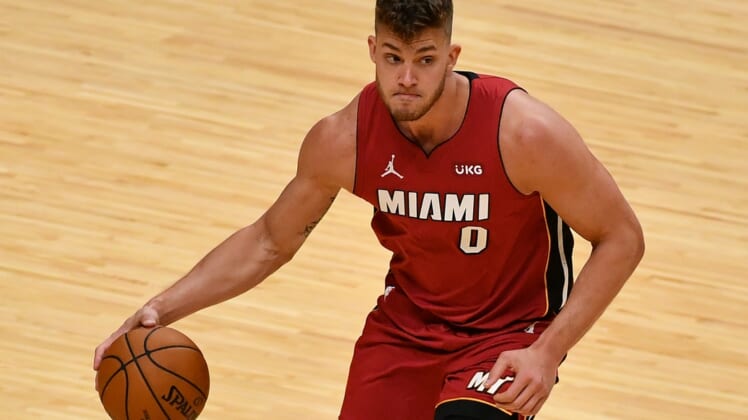 The NBA and the Miami Heat are investigating center Meyers Leonard’s alleged use of an anti-Semitic slur during a video-game livestream on Tuesday.

Video clips circulated on social media that appear to show Leonard uttering an offensive term while streaming a game of Call of Duty on Twitch.

“We just became aware of the video and are in the process of gathering more information,” NBA spokesman Mike Bass said in a statement. “The NBA unequivocally condemns all forms of hate speech.”

The Heat are also reviewing the video, according to a team spokesman.

An avid gamer, Leonard had about 58,000 followers on Twitch as of Tuesday afternoon. The nine-year NBA veteran announced his investment in the esports organization FaZe Clan in 2019.

Leonard, 29, had surgery on his left shoulder last month and is expected to miss the rest of the season. He has not played since Jan. 9 and appeared in only three games this season, averaging 3.3 points and 2.3 rebounds.