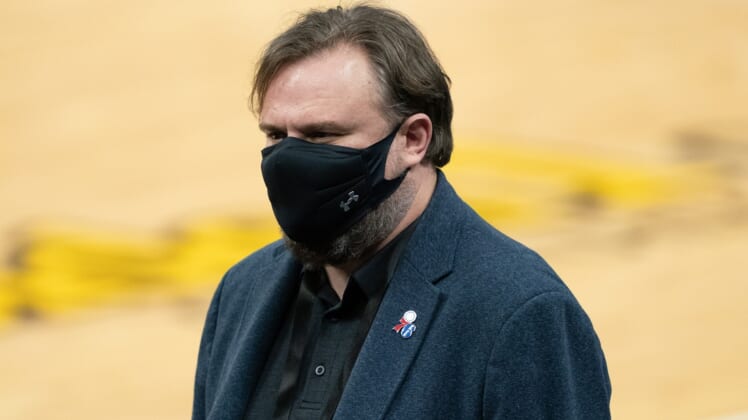 The NBA fined Daryl Morey, the Philadelphia 76ers’ president of basketball operations, $75,000 for violating the league’s anti-tampering rule on Monday.

The team was fined the same amount.

The league levied the fine after reviewing a Twitter post from Morey on June 3. Morey shared an Instagram post from Golden State Warriors star Stephen Curry that complimented the play of his brother, Seth Curry, a Sixers’ guard. Morey added the comment “join ’em.”

On the same day Morey tweeted, he sought to clarify his comment with another post that read, “My goodness folks I am talking about the fact that we are all thrilled [Seth Curry] is here with the @sixers — nothing else!”

This is not the first time Morey’s tweets have gotten him into trouble.

The former general manager of the Houston Rockets, Morey was fined $50,000 for violating the anti-tampering rule in December after making reference to then-Rockets star James Harden before he was traded to the Brooklyn Nets.

He also stirred up controversy in October 2019 when his tweet about pro-democracy protestors in Hong Kong drew rebuke from the Chinese Basketball Association. That led multiple Chinese companies to suspend business with the NBA over Morey’s comment as well as the league’s support for Morey’s right to freedom of expression.