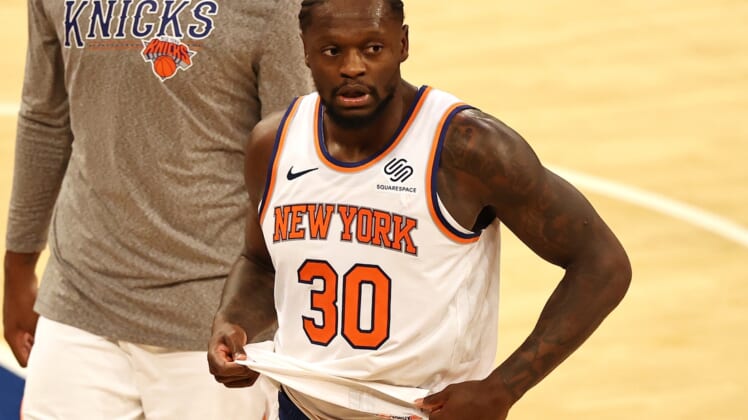 The NBA fined New York Knicks forward Julius Randle $15,000 on Tuesday for directing inappropriate language toward a game official and for public criticism of the officiating.

The incidents occurred after the Knicks’ 101-100 overtime loss to the visiting Philadelphia 76ers on Sunday night.

With 5.3 seconds left in overtime, Randle was whistled for a foul against 76ers forward Tobias Harris. Harris made both free throws to account for the final score.

“Blown call by the officials,” Randle said during his postgame media session. “After all the fouling and everything that was going on, for them to call that and decide the game is (expletive) ridiculous. Yeah, it’s ridiculous. They got to do a better job. It’s too many games like this.”