NBA Draft prospect pulls up to restaurant in $300,000 car 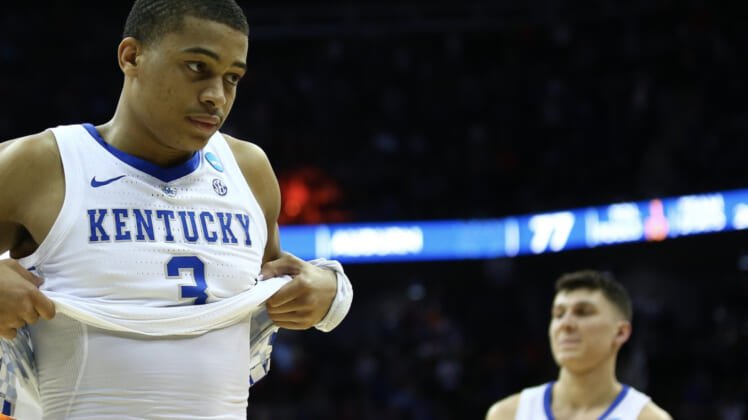 The 6-foot-6 wing is expected to be a first-round pick in June. With that, Johnson will have more money than he’ll know what to do with.

Well, maybe not. TMZ Sports caught up with Johnson outside of a restaurant in Hollywood Thursday night. The guard apparently rolled up to eat dinner in a $300,000 McLaren 720S Spider.

That’s not a typo. Johnson is out here behind the wheel of a six figure car while technically still an amateur athlete and before he’s collected his first NBA pay check.

Cue all of the John Calipari jokes.

It’s more realistic to believe that Johnson found himself a loan prior to the draft in a couple months.

The youngster averaged 13.5 points and 5.9 rebounds on 46 percent shooting from the field as a freshman last season. He’s expected to be a first-round pick.

Though, it would appear that the Virginia native is already looking to roll with the big boys. Almost literally.