The holidays are just around the corner, which means the NBA Christmas games are almost here. And the league has scheduled five matchups for basketball fans to enjoy on December 25.

Christmas Day games are one of the highlights of any NBA season and the league makes a point to feature teams that fans love to watch. In the past, there have been incredible showcases during the holidays.

For example, Who could forget the 2011 game between the Los Angeles Lakers and the Chicago Bulls where the late Kobe Bryant went toe-to-toe against Derrick Rose, the reigning MVP at the time?

This year, there could be iconic performances from several rising stars. Additionally, there might be a few surprising disappointments. The good thing is that the association will feature numerous options for the fans on Sunday.

With that said, here are five bold predictions for this year’s NBA Christmas games.

Joel Embiid drops more than 50 points against the Knicks

On Sunday, the Philadelphia 76ers will visit the New York Knicks. For the players, it’s always a privilege to play in New York since it’s known as the mecca of basketball. There have been iconic performances that have taken place during the holidays in front of the Knicks fans. The most recent production was Kemba Walker’s triple-double from a season ago.

This season, Joel Embiid will take over the game and score more than his career-high of 59 points. If not, he could come close to it. Embiid is a showman, and the energy he’ll receive in the Garden could encourage him to put on a show. The hometown crowd will try to stop him, as the Knicks played well in their last ten games.

Luka Doncic gets seventh triple-double of season on Christmas Day

Luka Doncic has been magnificent for the Dallas Mavericks, as he has effortlessly posted triple-doubles often this season. Although they haven’t had many wins, the Mavericks are still one of the top teams to watch because of Doncic’s greatness on the court. He’s currently tied with reigning MVP Nikola Jokic at the top spot for triple-doubles this season with six. 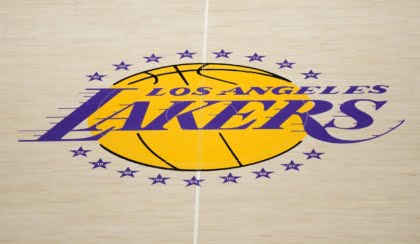 The Los Angeles Lakers, meanwhile, have been hit by the injury bug. Anthony Davis will miss at least a month after breaking his foot in a game against the Denver Nuggets. Still, LeBron James will likely play on Christmas Day. We’ll get a chance to see an iconic showdown between King James and Luka Magic. However, expect Doncic to take the triple-double lead after Xmas Day.

The top two teams of the Eastern Conference will put on a show Sunday night. Both teams do not lack star power and will feature some of the brightest stars. The Milwaukee Bucks will take on the Boston Celtics, and Giannis Antetokounmpo will show up big time. Antetokounmpo’s match against the Celtics will be his fifth Christmas Day game, and he actually has a 3-1 record in those matchups.

Last year, both teams played against each other on the 25th, and the Bucks won by four. The Boston Celtics are a different team compared to the previous campaign. They’re more cohesive, focused, and hungrier to win everything. Jayson Tatum and Jaylen Brown will do everything to try and top the Greek Freak from beating them a second straight year on Christmas.

The Memphis Grizzlies are eager to take on the Golden State Warriors after losing to them in last year’s playoffs. However, the Warriors will be shorthanded as Stephen Curry is out, dealing with a labral injury on his left shoulder. This means guys like Jordan Poole and Klay Thompson will do most of the heavy lifting for the squad.

In a recent interview with ESPN’s Malika Andrews, Ja Morant expressed his excitement to play Golden State on the 25th. It stems from their recent playoff series, where Memphis was sent home by Curry and his group in the second round. The visiting team will win by a landslide against the defending champs, sparking another intense rivalry in the West. 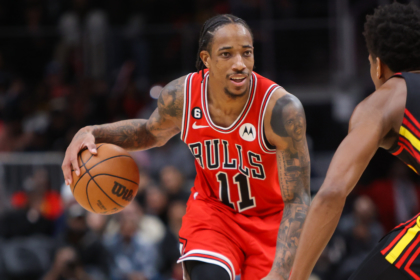 The final match of the Christmas Day games will be between the Phoenix Suns and the Denver Nuggets. Both teams have met in the postseason but haven’t formed a definite rivalry. The Nuggets have the reigning MVP on their side with a healthy Jamal Murray and Michael Porter Jr. The Suns, on the other hand, have Chris Paul and Devin Booker.

The two teams will play well on Sunday night to cap off the holiday games. However, the Nuggets could come out on top as they have more healthy players than the other team. Jokic will likely finish the game strongly, posting a triple-double, similar to Doncic. Also, given the recent outcomes of the Suns’ past games, Denver will come out as the victors on the 25th.