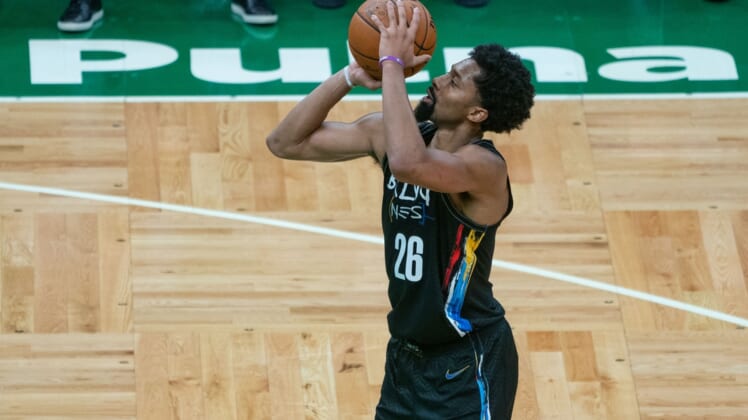 The Brooklyn Nets have been granted a $5.7 million Disabled Player Exception due to the loss of guard Spencer Dinwiddie to a partial ACL tear, The Athletic reported.

Dinwiddie, 27, played in just three games and is not expected to return this season.

The Nets can use the exception in a trade or signing to add depth to complement their big three of Kevin Durant, Kyrie Irving and the recently acquired James Harden.

Dinwiddie has averaged 14.3 points and 5.3 assists in five seasons with the Nets. He spent his first two seasons in Detroit after the Pistons took him in the second round of the 2014 NBA Draft.

The Nets (9-8) could use the exception to add defensive help. Through 17 games, they are giving up 116.4 points per game, fourth worst in the NBA.

The Nets have until April 19 to use the exception. The trade deadline is March 25.