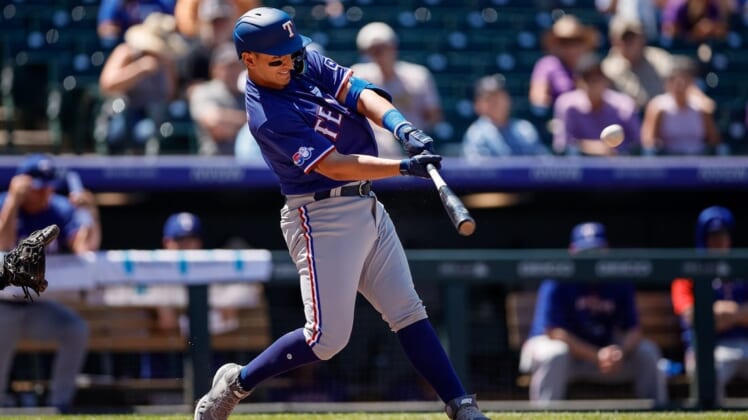 Nathaniel Lowe homered among his three hits and drove in five runs, Martin Perez struck out seven in six scoreless innings and the visiting Texas Rangers crushed the Colorado Rockies 16-4 in Denver on Wednesday.

Perez (10-4) walked one to earn his first win since July 29 for Texas, which scored a season-high in runs and had 18 hits to match the most for one game this season.

Elehuris Montero and Brendan Rodgers had two hits each for Colorado.

The Rangers scored twice in the first inning off Jose Urena (2-5). Seager walked and Lowe tripled to right-center to bring home the first run. One out later, Jonah Heim walked and Leody Taveras singled to make it 2-0.

Texas sent 12 batters to the plate to blow it open in the second inning. Duran, Bubba Thompson and Semien led off with singles to load the bases, and Seager brought home two with a double.

Lowe and Garcia followed with RBI singles, and Heim walked again to load the bases. Taveras hit an infield fly for the first out but Mark Mathias followed with a bases-clearing double to make it 9-0 and end Urena’s day.

The Rockies got on the board against reliever Dennis Salazar in the seventh. Randal Grichuk and Montero singled and Grichuk scored on a sacrifice fly. Wynton Bernard and Connor Joe had RBI singles to chase Salazar. Bernard scored on a wild pitch by Josh Sborz to make it 9-4.

Texas got most of it back in the eighth. Semien singled with one out, Seager doubled and Lowe homered to the second deck in right, his 20th of the season.

Duran had an RBI single, Mathias scored on an RBI groundout and Culberson hit a two-run homer in the ninth. It was his first of the season.