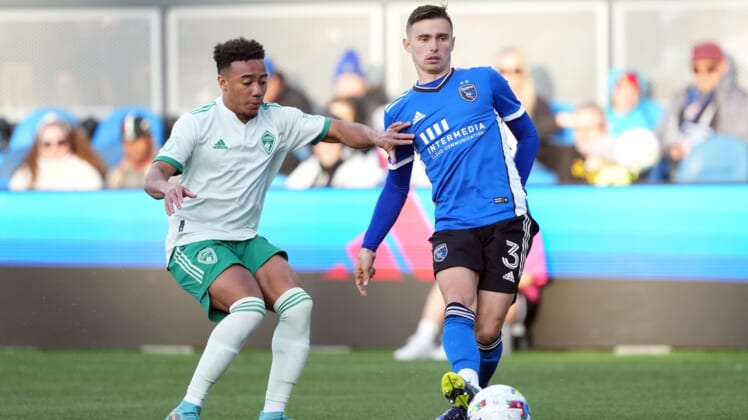 Nathan Cardoso scored in the 64th minute and JT Marcinkowski turned away five shots to earn his first clean sheet of the season as the San Jose Earthquakes held on for a 1-0 win over the visiting Colorado Rapids on Saturday in a Western Conference match.

San Jose (2-5-3, 9 points) produced its second victory in the three matches since interim head coach Alex Covelo took over after the firing of Matias Almeyda in mid-April.

The Earthquakes took the lead and got the only goal they would need when Cardoso used his right foot to volley a centering pass from Cristian Espinoza into the net while being held by the Rapids’ Auston Trusty during a corner kick.

Marcinkowski recorded the 11th shutout of his five-year MLS career.

Both teams nearly broke through in the late minutes of the scoreless first half. First, Colorado’s Max Alves da Silva had his left-footed shot from inside the box stopped by Marcinkowski in the 42nd minute, one of three saves by the San Jose goalkeeper in the first 45-plus minutes.

The Earthquakes’ Cade Cowell blistered a right-footed shot from outside the box in the 44th minute that hit the right post and bounded away.

Colorado made a serious bid for the equalizer in the 70th minute as Gyasi Zardes had an opening at the left post after a pass from Michael Barrios but was turned away by a save from William Yarbrough (three saves).

Colorado (3-4-3, 12 points) went without a victory for the sixth time in its last seven matches, going 1-3-3 in that stretch, and was shut out for the second time in its past three outings.

The Rapids had five shots on goal but was denied each time by Marcinkowski. Colorado played without leading scorer Diego Rubio, who missed the game after accumulating two yellow cards in the Rapids’ win against Portland on April 30.