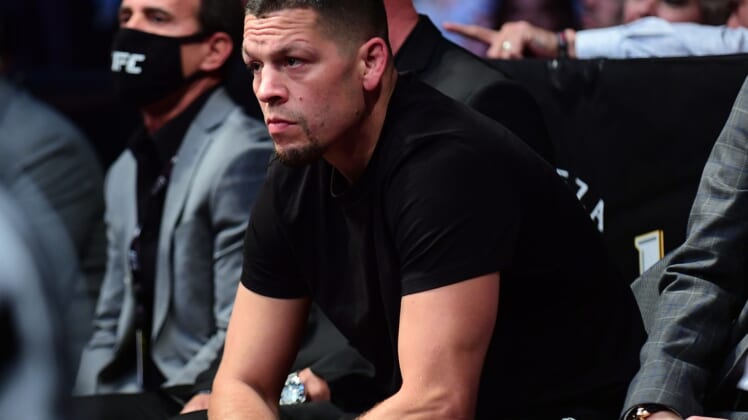 Nate Diaz took to Twitter to request his release from UFC.

Diaz tagged the promotion and UFC president Dana White in his tweet on Saturday. He also tagged another Twitter user in what may have been an attempt to reach UFC chief business officer Hunter Campbell.

“I would like to request to be released from the @ufc @danawhite @hunter,” Diaz tweeted. “I apologize for asking online but u don’t give me a fight asap I got (expletive) to do.”

Diaz (20-13) hasn’t been shy about voicing his displeasure over social media.

He wrote in January that he wanted a fight with Dustin Poirier and was intent on letting the public know he’s on bended knee asking for the bout to be booked.

White, however, said at the time the books are full and didn’t promise it would be Diaz’s preferred foe.

“Of course we’re interested (in that fight),” White said in an ESPN interview. “This is what we do. We make fights every weekend. What happens is guys just want to jump out of nowhere. ‘I want to do this, I want to do that.’ We have fights booked all the way to, I want to say May 2. Everything is in place. Everything is done. Obviously, Nate Diaz will get a fight.”

On Wednesday, Diaz wrote “Been tryin to fight for 7 months @ufc. LFG.”

Been tryin to fight for 7 months @ufc
LFG