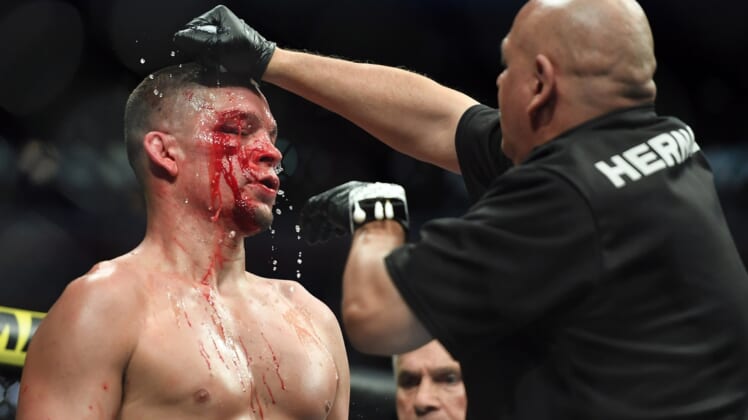 Nate Diaz suffered an undisclosed minor injury during training camp, forcing his welterweight bout against Leon “Rocky” Edwards to be pushed back a month to UFC 263, Yahoo and MMA Junkie reported Tuesday.

Diaz-Edwards was scheduled for UFC 262 on May 15 in Houston. Their five-round bout will now take place on June 12 in Phoenix.

Edwards (18-3, 10-2 UFC) is coming off a March Fight Night bout against Belal Muhammad that was stopped in the second round after Edwards’ inadvertent eye poke rendered Muhammad unable to continue.

Edwards is one of the top-5 ranked fighters in the UFC welterweight division.