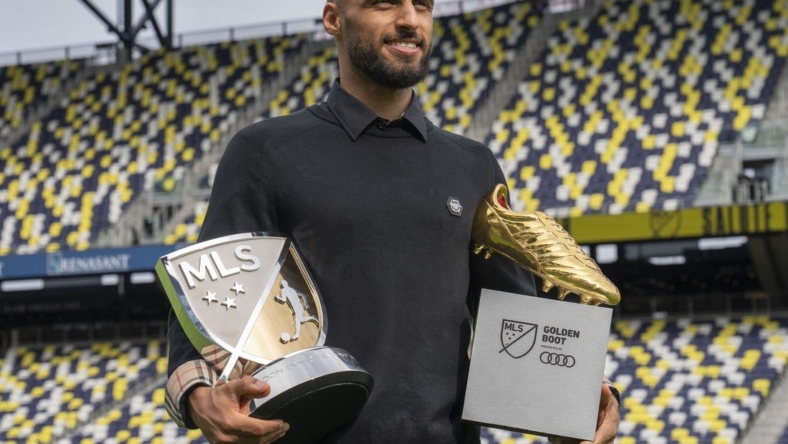 Nashville SC star midfielder Hany Mukhtar received a capper to his stellar season on Tuesday when he was named Landon Donovan MLS Most Valuable Player.

It marks the second straight season he led the MLS in goals contributed. He had 16 goals and 12 assists last season.

“If you’re a good individual player, you’re only as good as your teammates,” Mukhtar said in a press conference. “I have the pleasure of playing with amazing teammates and amazing guys and they make me shine.”

Mukhtar, 27, is the first German-born player to win MLS MVP honors. He is also the first Nashville SC player to win it. The club began playing as an expansion team in 2020 and Mukhtar was the first Designated Player it signed.

Mukhtar received 48.03 percent of the votes from a panel of players, technical staff and media. He finished well ahead of Austin FC forward Sebastian Driussi (16.8 percent) and Philadelphia Union goalkeeper Andre Blake (7.87 percent).

“The dream has come true for me,” Mukhtar said. “This is a special moment for me and my family.”

Mukhtar was lured to Geodis Park in Nashville on Tuesday by being told there was a photo shoot. Upon his arrival, the scoreboard was playing messages from his parents in Germany, his fiancé, close friends and teammates expressing their congratulations.

The video messages included congratulations from players on the NFL’s Tennessee Titans and NHL’s Nashville Predators.

“This is the best video I have ever gotten in my life,” Mukhtar said near the end of it.

Mukhtar scored 10 goals in a seven-match stretch late in the season to become the overwhelmingly MVP favorite.

Nashville SC went 13-11-10 this season and lost to the LA Galaxy in the first round of the playoffs.