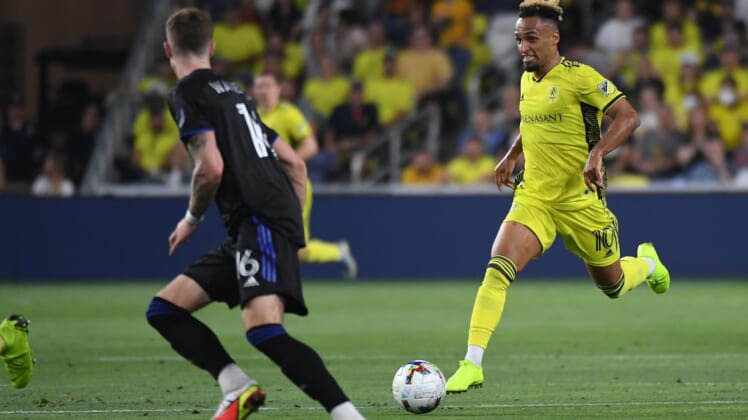 Hany Mukhtar scored the eventual game-winning goal for host Nashville SC in their 2-1 win over CF Montreal on Wednesday night at GEODIS Park.

Nashville opened the scoring in the 28th minute from midfielder Alex Muyl. Just moments before, Nashville won a corner, but it was cleared all the way back to goalkeeper Joe Willis.

Willis hit the long diagonal to Muyl, who cut in on his left foot and hit a rocket that Montreal goalkeeper Sebastian Breza never had a chance to get.

Nashville looked like it would have a chance to extend its lead before halftime, but Montreal (6-4-2, 20 points) had the last chance at the break.

Alistair Johnston curled a high cross to the back post for Kamara. He rose up and got his head to it with power, but the bounce took it right to Willis.

Montreal opened the second half with consistent pressure, pushing to equalize. However, Nashville was able to beat the pressure, and Mukhtar found the back of the net in the 51st minute. He pushed the ball deep for C.J. Sapong, who fought off a tackle in the box and squared it back to Mukhtar, who then slid it past Breza.

Kei Kamara brought the visitors back within one in the 55th minute with his third goal of the season. It came after Willis cleared a Victor Wanyama cross right into Kamara. The resulting deflection went in as Kamara and Willis collided in the box.

Montreal continued to push but could not fully break down Nashville’s defense.