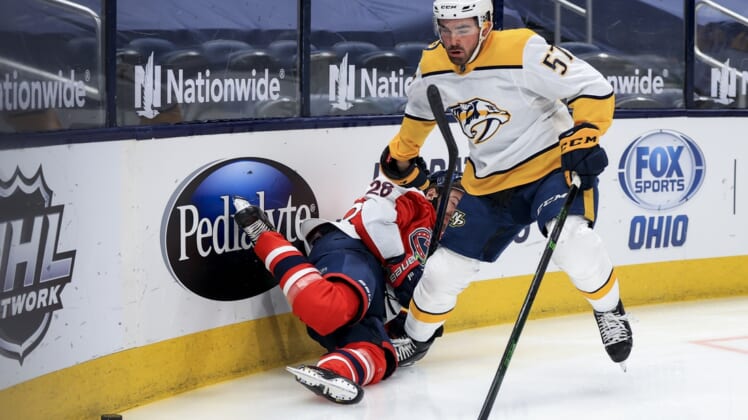 Fabbro was given a two-minute minor penalty for elbowing McGinn hard into the boards nearly midway through the second period of Tuesday’s game. The Hurricanes erased a 2-0 deficit by converting two power-play opportunities before winning 3-2 in overtime.

In lieu of the suspension, Fabbro will forfeit $15,948.28 under the terms of the collective bargaining agreement.

Fabbro, 22, has nine points (two goals, seven assists) to go with 21 penalty minutes on the season. He has played in all 26 games this far with the Predators.

Nashville is already without blueliners Ryan Ellis and captain Roman Josi to injuries.