The NASCAR Cup Series schedule for the 2023 season will likely be delayed as the sport works on the details. What could NASCAR change and what is confirmed?

NASCAR was expected to release the 2023 Cup Series schedule before the end of August but that has changed as the expectation now is that it’s likely a couple of weeks away.

Why is the scheduled release being held up and what should be expected?

The reasoning for the delay of the NASCAR Cup Series schedule

NASCAR had been hoping for the release of the 2023 Cup Series schedule already, but it is now expected to happen in the next couple of weeks. What is the reasoning for this change of plans?

One of them is very obvious on the surface. NASCAR is still working to figure out the details as of now. The exact details of what they are working on are not known, but it’s clear that it’s still a work in progress. FOX Sports is pushing the sport to rotate the All-Star Race and move away from Texas Motor Speedway. The network wants to rotate the event on a yearly basis which is similar to the NFL’s handling of the Super Bowl. 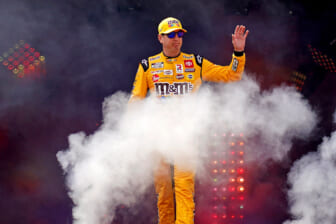 It’s reasonable to understand why FOX Sports would want this change. The racing at Texas has not been pleasing to the eye and moving the event will generate extra interest every single year. Plus, if NASCAR begins to rotate Championship Weekend starting in the 2025 season, it would allow NASCAR to utilize tracks for the All-Star Race that are taken out of the mix for Championship Weekend with weather issues.

This appears to be the one major idea being floated around but it doesn’t mean it’s the only one NASCAR might be working on right now. The people in charge are dedicated to the idea of keeping the schedule fresh. However, there are confirmed details about next year’s schedule that have already been put out.

NASCAR will likely have new ideas that are not out to the public yet, but there are multiple schedule confirmations at this point in time. Most notably, it includes two tracks that will see changes next year. Road America will not return to the NASCAR Cup Series next season. The venue joined the schedule for the 2021 season and was on the Fourth of July weekend. Overall, it was a success but not enough for NASCAR to reach an agreement.

In place of Road America, the sport will head to the Chicago Street Course in a first. It will be the sport’s first event on a street course. The event will take place on the same weekend as Road America this season. There have been some questions and concerns from fans about the quality of racing but there’s only one way to find out if a street course would work. If it doesn’t work out well, they can easily remove it from the schedule.

NASCAR should receive credit for at least trying it out. It is better than not trying when something could work out really well. The schedule is one of the most diverse in the world and a street course adds to the resume. 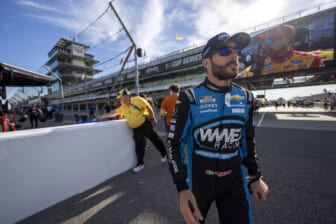 Outside of the two changes above, NASCAR will remain on the Indianapolis Road Course for the 2023 season. However, this doesn’t mean the track is committed to the road course for the long-term future. Roger Penske stated the venue is evaluating whether to return to the oval for the 2024 season. The option of alternating between the oval and road course was also mentioned. It appears there are many options available.

After the Indianapolis Road Course, many drivers went on social media and showed their desire to return to the oval after what was a chaotic ending of aggressive racing from almost everyone. The drivers should have a say in what happens to each track since they are the ones that drive around the venues and generate money. It’s an easy concept to understand as they need to value the athletes.

Either way, NASCAR is continuing to work on the 2023 Cup Series schedule. It will almost certainly be delayed, but that is not necessarily a bad thing as they continue to perfect it.