Kyle Busch’s free agency has NASCAR at a standstill

Kyle Busch is the major domino that has yet to fall during the 2022 NASCAR silly season. What is a potential timeline for Busch's announcement and what's next?

The chronicles of Kyle Busch’s free agency becomes more intriguing with each passing day. However, it’s a situation that has almost brought the market to a standstill as the whole NASCAR world waits.

Is there a potential timetable for a Busch-related announcement and what is potentially being held up by this unexpected situation?

Kyle Busch’s decision will cause a domino effect

It is clear that Kyle Busch is holding up the free agency market as he tries to figure out where he will be racing during the 2023 season and beyond. It’s a scenario no one could have predicted before the season.

Busch is NASCAR’s most successful active driver after seven-time champion Jimmie Johnson retired from full-time racing at the conclusion of the 2020 season.

As expected, Busch is a sought-after free agent by many teams, even though he might lack the sponsorship compared to other drivers. Kaulig Racing, 23XI Racing, Richard Childress Racing, and a return to Joe Gibbs Racing are all options.

According to Sports Business Journal’s Adam Stern in a recent interview on SiriusXM NASCAR Radio, it was confirmed the market is being slowed down right now.

“The Kyle Busch domino is kind of a big one. Once that one goes down, you’ll see some of the other deals get completed.”

Adam Stern on the Kyle Busch domino still being up

Many deals may hinge on where Busch goes due to his talent alone. If there is an opportunity to bring on a two-time NASCAR Cup Series champion, it will take time to sort out everything due to possible bidding wars and such.

It is currently late August and this is when the market really starts to flourish. That has been the standard in previous seasons as the NASCAR playoffs near for all three series.

Those standards may remain true as a potential timeline on Busch’s home for the 2023 season might be coming sooner rather than later at this point in this process.

“I think silly season, we’re really getting down to it. I’d be surprised if we don’t know where Kyle Busch is going a month from now…I think the next month is be to quite telling.”

There are several teams that want to figure out their lineups for the 2023 season and due to that factor, it seems unlikely that it would take even longer than one month as it would possibly be October.

On that note, what are the situations being held up by an upcoming Busch announcement? 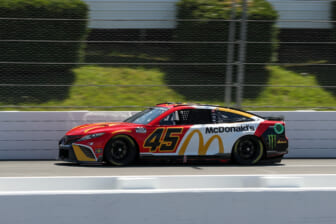 What is being held up by Kyle Busch’s situation?

Kyle Busch’s free agency might be the most important frenzy since Dale Earnhardt Jr. took his talents to Hendrick Motorsports for the 2008 season. As expected, other deals are at an NBA-esque standstill.

Aric Almirola’s possible return is one of the many deals that might be held up; however, it seems like the No. 10 car will have its original driver for next season, based on the previous reporting.

Reddick could even find himself at 23XI Racing next year. If Kurt Busch decides to retire due to his concussion, would Richard Childress Racing let Reddick go and promote Austin Hill from the NASCAR Xfinity Series?

Busch could move to the FOX Sports booth on a full-time basis and fill the third hole next to Mike Joy and Clint Bowyer. Maybe, they could revamp the NASCAR Truck Series broadcast and give him a lead role. 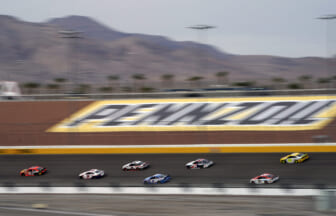 Stern talked about these scenarios and the overwhelming consensus is how the market could play out depending on Busch’s decision.

“All of these scenarios are somewhat hinging on what Kyle Busch does…He’s the first big domino, but a lot of other dominos are left to fall from there.”

The Kyle Busch dilemma seems to be nearing its end. The next month will show NASCAR what it will look like next season and beyond. It’s a massive trickle-down effect based on one decision.