Kaulig Racing ‘really close’ to 2023 plans, looking outside of NASCAR

Kaulig Racing is "really close" to announcing its 2023 plans, according to Chris Rice on SiriusXM Radio. Plus, Kaulig is looking to further expand its program. 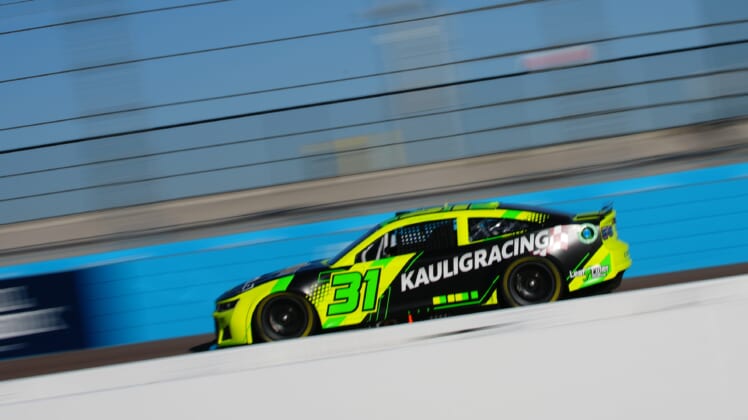 Kaulig Racing president Chris Rice shared insight into the organization’s 2023 and its future with NASCAR during a Thursday morning interview with SiriusXM NASCAR Radio.

At a time when there is so much speculation regarding NASCAR’s future, its partners and where the sport can grow, Rice offered several important nuggets regarding the long-term outlook for Kolig Racing.

Kaulig Racing has been a player for two-time champion Kyle Busch, who has yet to sign a contract for next season. While that was not discussed as one of the topics, Rice did shed some light on announcements for the 2023 season.

“I think we are really close to being able to announce everything from Cup down to Xfinity. Hopefully, in the near future, maybe before the playoffs we’ll have everything.”

They currently employ Justin Haley in the NASCAR Cup Series with a second car being full of part-time drivers while A.J. Allmendinger, Daniel Hemric, and Landon Cassill lead the NASCAR Xfinity Series program.

Rice acknowledged hearing all the speculation regarding what the organization might do with its driver lineup moving forward. Personally, he seems to enjoy it and he recognizes it’s all part of the anticipation.

“I’m excited about it, I know the world out there is making all kinds of ideas and thoughts about what we are doing. We’re close and I think everybody’s going to love it.”

Chris Rice on the speculation of Kaulig Racing

The drama of silly season has been interesting to watch from the outside and Kaulig Racing has been a major factor in the process, even including Noah Gragson who drives in the No. 16 car part-time this year.

In fact, it was predicted in this year’s NASCAR Cup Series silly season article that the organization would acquire a third charter and downsize the Xfinity Series program to two vehicles. 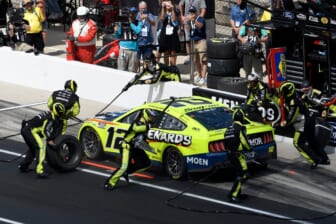 As of now, there have been no charters sold for next season, so it is certainly a possibility if the idea of adding another charter to the fleet would be on the table for them.

Kaulig Racing is not only committed to the Cup and Xfinity Series. The organization is looking at racing outside of the two levels as they continue to grow their footprint.

Kaulig Racing looking at Truck Series, outside of NASCAR

The most notable admission from Rice didn’t even involve NASCAR. Addressing expansion, Kaulig Racing’s executive said the organization is always looking into expansion and that includes outside of NASCAR.

Currently, the organization only runs in the Cup and Xfinity Series but they have grown quickly after buying two charters in NASCAR’s top level last year. It is certainly a catalyst to going into other series.

While Rice did say these are possible, he admitted that most of it might be limited to the early stages as of now. This appears to be something that would happen down the road.

The idea of developing drivers from late models all the way to the Cup Series is certainly a brilliant one. It is better if more organizations decided to do the same as Rice explained his love for late models.

Justin Haley, age 23, is the team’s youngest driver, but they don’t have many connections to the lower series, like Joe Gibbs Racing and even Hendrick Motorsports to a degree.

Either way, there’s a very promising future ahead for Kaulig Racing and it sounds like they will be increasing their racing presence at some point in time.