Aric Almirola's return to the No. 10 car in 2023 creates a NASCAR silly season shift. What are Stewart-Haas Racing's plans and how does it affect Kyle Busch? 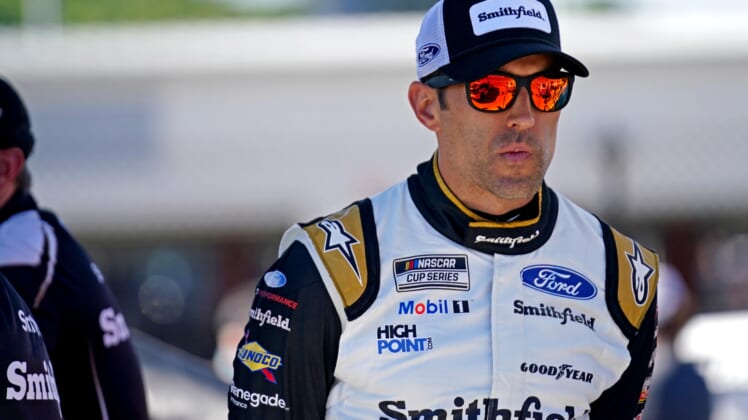 Aric Almirola is returning to the No. 10 car for Stewart-Haas Racing in 2023, according to Motorsport.com. It is not unexpected as Almirola was trending to return earlier this month.

What is the silly season ripple effect and how does this affect Kyle Busch’s free agency?

Aric Almirola is planning to return for the 2023 NASCAR Cup Series season despite his intentions to retire at the conclusion of the 2022 season. As stated above, this is not a surprise.

Smithfield Foods wanted Almirola to return to the No. 10 car and they will get his wish in what will now be his final season in 2023. It’s the best outcome for every single side involved.

Stewart-Haas Racing might have lost Smithfield if Almirola decided to step away from full-time NASCAR racing. They would be a major sponsor to lose with the sponsorship troubles involving the No. 41 car.

Speaking of the No. 41 car, Chief Competition Direction Greg Zipadelli talked about Cole Custer returning amid the rumors that he would possibly not return next season.

If this proves to be true, Stewart-Haas Racing’s Cup Series lineup would remain the same for a third consecutive season before a possible mass departure of Almirola, Custer, and Kevin Harvick at the end of next season.

The NASCAR Xfinity Series has also been a topic of discussion and Zipadelli also talked about the process and what to expect from Stewart-Haas Racing in the series.

It sounds like negotiations are getting closer to being done, but there is still work to do as of now. Riley Herbst, sponsored by Monster Energy, currently drives the No. 98 car for the team.

The idea of a two-car Xfinity Series program for Stewart-Haas Racing was also thrown out to Zipadelli and this is what he had to say on it.

It doesn’t sound likely that Stewart-Haas Racing will field two cars in the Xfinity Series, but it’s a decision that is not being ruled out at this point in time.

How does Almirola’s decision to return affect another prominent figure within the NASCAR silly season market? 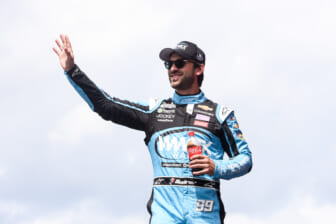 Kyle Busch is still without a contract for the 2023 NASCAR season with many options such as Joe Gibbs Racing, Kaulig Racing, and 23XI Racing available to him.

Kaulig Racing was discussed on Friday morning as the organization nears a resolution on its 2023 lineup while they look outside of the NASCAR world for more racing opportunities.

It was reported on Monday morning that Stewart-Haas Racing was looking less likely for Busch and it appears that will be the case as Aric Almirola returns to the organization.

However, if Kaulig Racing is looking for a NASCAR Truck Series program, Kyle Busch Motorsports would be perfect as it could become their pipeline of young talent through the ranks.

Still, Busch’s best option is to remain with Joe Gibbs Racing and despite the outside noise of where he may go moving forward, it remains the most realistic option if he wants to compete.

Another option not discussed as much could be 23XI Racing. It would be in Toyota’s best interest to keep Busch as Kyle Busch Motorsports is currently running within the Toyota program.

If Joe Gibbs Racing is truly not an option, 23XI Racing would be the next best option if Kurt Busch, who will be missing the rest of the regular season, retires due to his concussion or other concerns about racing.

At this point, Kyle Busch’s free agency is now officially clearer as Stewart-Haas Racing is off the table. NASCAR’s most successful active driver could possibly find his home soon.