Latest news, rumors, and updates on the possible changes to the 2023 NASCAR schedule as we enter the summer months. 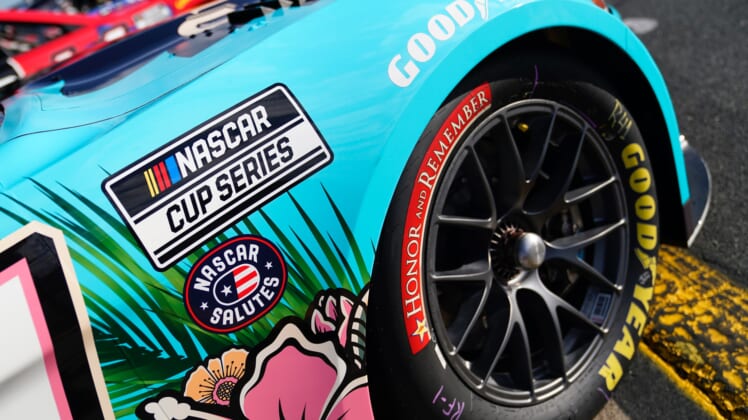 NASCAR’s schedule for the 2023 season is going to see some shakeup and President Steve Phelps is hoping for an announcement in August.

As we leave June and enter July, let’s dive into the latest updates on NASCAR’s 2023 schedule.

It has been a rumor for years but NASCAR is finally nearing the announcement of its first street course in Chicago, Illinois. This would begin next season at an undetermined time and date.

A street course in NASCAR has been appealing to the sport as it looks to diversify its schedule even more after adding more road courses and a dirt race.

While some are not convinced about the likely transition, it’s worth trying for the 2023 season and if it is deemed to not be a good points-paying event, they can use it for another purpose.

However, the addition of the Chicago Street Course would likely mean the end of the NASCAR Cup Series at Road America. The deal runs through the end of the 2022 season.

That doesn’t mean the Cup Series can’t return to Road America in the future if the Chicago Street Course doesn’t turn out to be desirable or have good racing in its events.

It most likely won’t have very competitive racing as stock cars around a street course will feature little passing, but the attention and outside popularity of the event would be massive.

However, FOX Sports is reportedly working with NASCAR to move away from the venue as it has been viewed as unacceptable in many areas of the event.

FOX Sports is pushing for a rotation of tracks that is similar to the Super Bowl on a yearly basis. This has something that has also been pushed for Championship Weekend which currently resides in Phoenix, Arizona.

A rotation of events would do wonders. And if it takes place in the summer months, it opens up more tracks for NASCAR to utilize compared to Championship Weekend during November.

It has been suggested that NASCAR could rotate Championship Weekend, but that likely would not take place until the 2025 season when the TV rights deal begins that February.

Let’s be honest. The racing at Texas is nothing to be desired. It arguably had some of the poorest on-track action that has been seen during the 2022 season with the NextGen car.

We’ll see how the discussions play out and whether there can be a resolution between both sides.

NASCAR’s possible transition back to the Indianapolis Oval

The idea of moving the Indianapolis Road Course back to the oval configuration has been thrown out by many fans. Is it something that drivers and people within the sport would like to see?

Numerous drivers have not been convinced of the idea and think going back to the Indianapolis Oval would create a worse product than the road course due to the NextGen cars.

Some compared it to Texas and the lack of passing, with even Joe Gibbs Racing driver Christopher Bell saying it could be worse than Texas.

However, is it possible to tell until the sport and the track decide to give it an opportunity? There certainly needs to be a try at it because it’s simply unknown at this point.

Who knew racing in the Los Angeles Memorial Coliseum would be a good idea until they tried it? NASCAR even announced that it would return to the Coliseum next season for the Busch Light Clash.

While it might not produce the best racing at the oval, it’s worthwhile to experiment and see what it would be like in the generation of NASCAR stock cars.

NASCAR spent a very long period of time keeping a schedule that was predictable and the same. However, they have become proactive in making changes and that’s all the fans could ask for right now.

There will be more changes on the horizon and some might be unexpected. NASCAR keeps trying its best at making the schedule better and so far, they have been successful in that task.