The Los Angeles Lakers have gone from the ideal NBA franchise to pretty much a laughingstock around the Association in the matter of just three years.

Coming off the organization’s worst regular season performance since it was playing in Minnesota back in 1957-58, most figured the Lakers would be prepared to move on from embattled head coach Byron Scott.

While that might very well still be the case, indecisiveness caught up to the team big time a week after ending the 2015-16 campaign with a 17-65 record.

A report earlier on Wednesday indicated that the Lakers were still deliberating on Scott’s future with the team. That came mere hours before the Minnesota Timberwolves hired former Chicago Bulls head coach Tom Thibodeau.

How a team of the Lakers ilk can allow the T’Wolves to add one of the most popular head coaches in the NBA without any real interest in him is beyond ridiculous.

Adding more detail to this entire mess, Yahoo Sports NBA insider Adrian Wojnarowski had this to report regarding the situation in Los Angeles:

“Tom Thibodeau always believed he could lure free agents to the Los Angeles Lakers, that the proper structure and vision still makes that franchise the ultimate superstar destination,” Wojnarowski reported. “Thibodeau always had his eyes on the most glamorous job in basketball, but the Lakers hesitated and missed the chance to recruit him.”

Whether it was indecisiveness or the front office sleeping on the job, this simply can’t happen to one of the most-respected organizations in the professional sports world.

No one is saying that Thibodeau would have preferred the Lakers talent over the likes of Karl-Anthony Towns, Andrew Wiggins and Zach LaVine in Minnesota. In a vacuum, that actually wouldn’t be a close decision.

But the market in Los Angeles, the prestige of the organization and the potential lure of free agents makes the Lakers one of the most sought-after job in the sports world.

Based on Scott’s record over the past two seasons (38-126) and his handling of the D’Angelo Russell situation, there’s very little reason to believe that he’s a better long-term option for the Lakers than a coach in Thibodeau that led the Bulls to the playoffs in all five seasons as their head coach.

Over the short term, Scott isn’t going to do much to attract free agents. His biggest ally in the organization, Kobe Bryant, is no longer playing basketball. And the Lakers fan base is fed up with the coach’s lack of success over the past couple seasons.

Not only did the Lakers miss out on Thibodeau due to their inability to actually make an obvious decision, they are now in the process of potentially missing out on Golden State Warriors assistant Luke Walton. 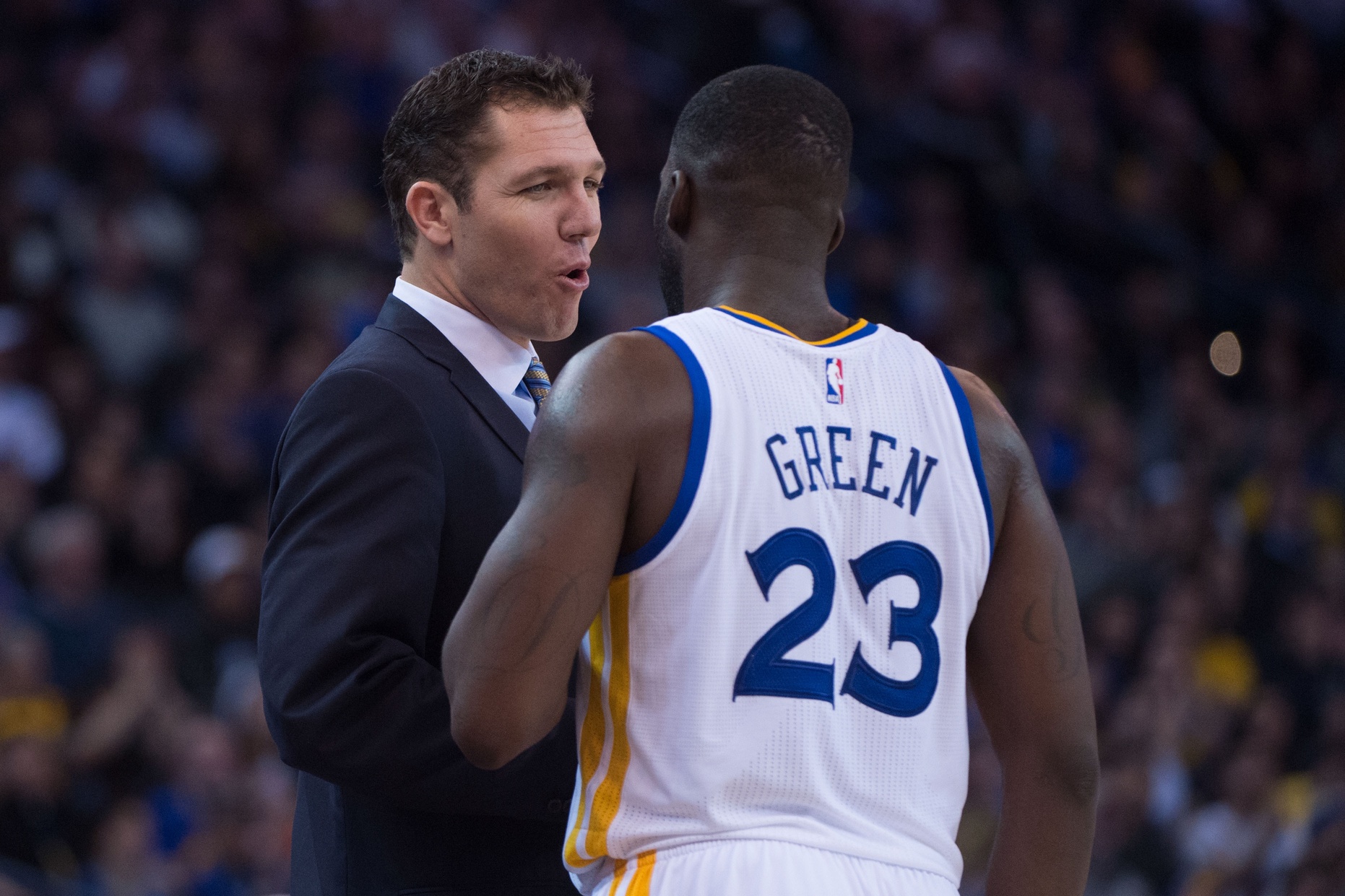 Steve Kerr’s top assistant, a former member of the Lakers, is expected to interview with the Sacramento Kings when the first round of the playoffs conclude.

Is there currently a less appealing situation than the Lakers right now? A roster void of a ton of young talent. A front office without much of an idea of what’s going on around the NBA. And a head coach that doesn’t inspire confidence in his roster.

One would think the team might want to change this up. Apparently that’s simply not the case in Hollywood.