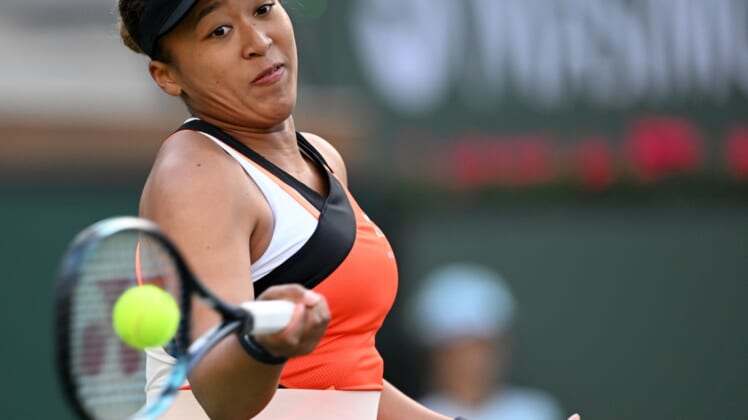 In an unusual first-round matchup of former Grand Slam champions, Japan’s Naomi Osaka defeated the United States’ Sloane Stephens 3-6, 6-1, 6-2 on Thursday in the first round of the BNP Paribas Open in Indian Wells, Calif.

Osaka, a former world No. 1 who owns four major titles, was playing her first match since losing in the third round of the Australian Open in January. A hiatus to focus on her mental health in addition to injuries have limited her tournament activity in the past year, leaving her unseeded in Indian Wells.

Stephens, the 2017 U.S. Open champion, was coming off her first tournament title in almost four years. She won the Abierto Akron Zapopan in Guadalajara, Mexico, last month but then continued her frustrating history at the BNP Paribas Open. Stephens has never advanced past the quarterfinals in 11 appearances at Indian Wells.

Osaka struggled with her serve early in the Thursday match, as Stephens earned breaks on four of Osaka’s five service games in the opening set. Osaka lost her serve just once the rest of the way.

Overall, Osaka faced 17 break points but saved 12 of them. She converted eight of her 14 break opportunities.

Osaka earned a second-round matchup against Russia’s Veronika Kudermetova, the No. 21 seed. The tournament’s top 32 seeds all received first-round byes.