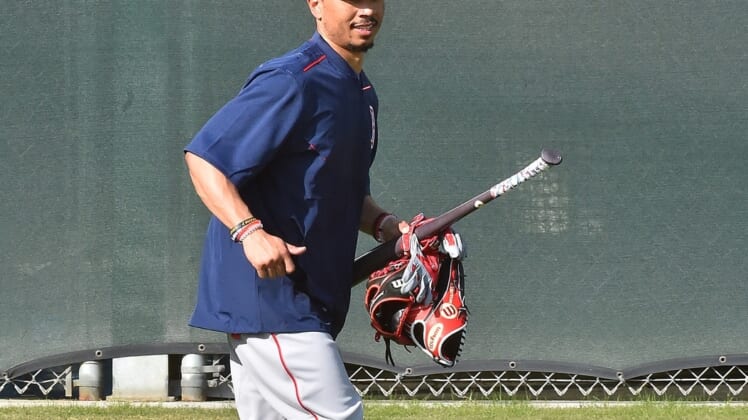 Boston Red Sox right fielder Mookie Betts isn’t simply having a nice start to the 2018 season. His start ranks among the best in his franchise’s storied history.

The only other @RedSox players to have an OPS above 1.200 through 40 team games in a season in the last 100 years: Manny Ramirez and Ted Williams (minimum 125 PA).#DirtyWater

Obviously, if you can join a list that includes Ted Williams and Manny Ramirez, you have done something special. But as impressive as the list of Boston hitters who have had a 1.200 or better OPS through 40 games is the list of players that hasn’t.

That list includes guys like Carl Yastrzemski, Jim Rice, Jimmie Foxx, David Ortiz, and of course, Babe Ruth. Yastrzemski and Rice spent their entire careers in Boston. Foxx, Ortiz, and Ruth, meanwhile all spent at least a decent portion of their primes with the Red Sox.

Betts has joined one impressive list and surpassed another.