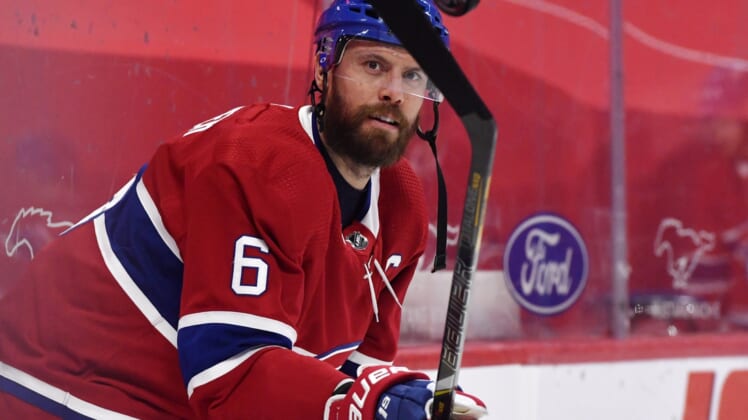 Apr 14, 2021; Montreal, Quebec, CAN; Montreal Canadiens defenseman Shea Weber (6) juggles a puck during the warmup period before the game against the Calgary Flames at the Bell Centre. Mandatory Credit: Eric Bolte-USA TODAY Sports

Montreal Canadiens captain Shea Weber skated with the team at practice on Tuesday for the first time since sustaining an upper-body injury last month.

Weber, a 35-year-old defenseman, has missed his team’s last seven games with the injury. He last played in the Canadiens’ 4-1 loss to the Toronto Maple Leafs on April 28.

Interim head coach Dominique Ducharme said he had expected Weber to be on the ice for Game 1 of Montreal’s first-round series at Toronto on Thursday.