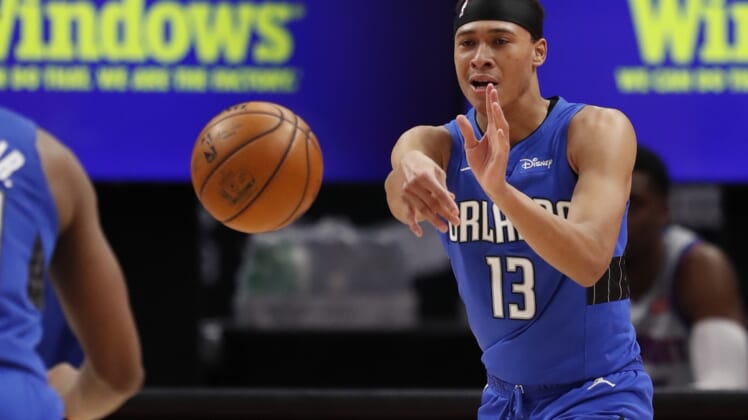 Mo Bamba reached career highs with 22 points and 15 rebounds and the Orlando Magic downed the host Detroit Pistons 119-112 on Monday.

Saddiq Bey’s 26 points and nine rebounds topped the Pistons. Frank Jackson had 19 points off the bench, while Hamidou Diallo scored 16. Tyler Cook had a career-high 13 points and Isaiah Stewart added 10 with nine rebounds and three blocks.

Detroit went cold in the last five minutes of the first half, allowing Orlando to grab a 51-48 halftime lead. The Magic, who had just three turnovers in the half, finished the second quarter on a 15-3 run.

Hampton led the Magic with 12 points and Jackson had the same amount for the Pistons.

Orlando took a seven-point lead early in the second half on a Moritz Wagner 3-pointer.

The Pistons closed the gap to two points but Orlando responded with a 7-0 spurt that included two Carter buckets.

Orlando increased the lead to double digits by the end of the quarter, carrying an 88-78 advantage into the fourth.

Randle soon made a pair of 3-pointers, sandwiching a Frank Jackson long ball, giving Orlando a 103-91 lead. Bamba then scored off a Randle feed for a 14-point lead.

The Pistons answered with a 13-2 run which Bey finished off with two 3-pointers, then a steal and a dunk. But Orlando hung onto the lead down the stretch.