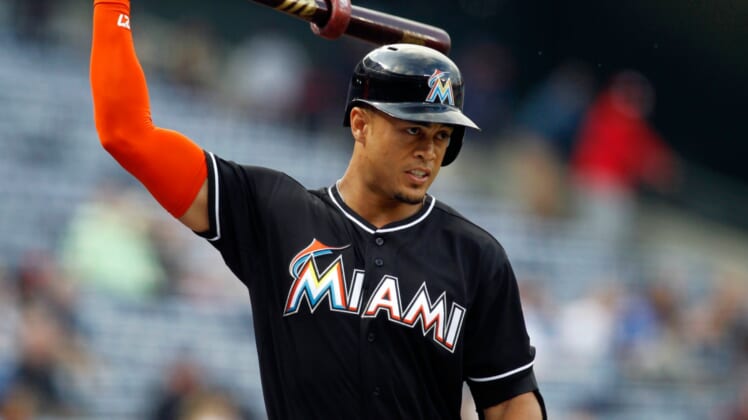 Thanks to Statcast, Major League Baseball has not only an additional statistic to follow, but a fun one as well. MLB Exit velocity is a new and innovative way to measure how far and with how much force a ball is traveling off the bats of MLB hitters.

From a new obsession in the Bronx to someone that has a surprising amount of force this season, there are many players showing off their power in different ways.

Here are the five players that have the hardest hitting balls of the season so far.

Of course we have Aaron Judge on this list.

The guy has played in barely 40 major league games this season and he already has a section of Yankees Stadium dedicated to him.

He was struggling to earn a final roster spot on Opening Day, but that is nothing but a distant memory for the future All-Star. And this has a lot to do with his offensive capabilities.

If you look at his zone breakdown, there is almost nowhere he struggles. He regresses slightly against lefties, especially with those inside pitches, but beyond that, he is the perfect power hitter. That 45.5-percent home run to flyball ratio is rare, and believe it or not, his overall flyball rate has decreased significantly since his short stint in 2016.

Judge currently leads Major League Baseball with the hardest hit ball. He smacked a 435-foot home run off of Kevin Gausman at the end of April, which resulted in a 119.4 mile-per-hour exit. He’s also second overall with a 119 mile-per-hour double he hit off of Kyle Hendricks recently.