MLB could resort to crazy last-resort option to save season? 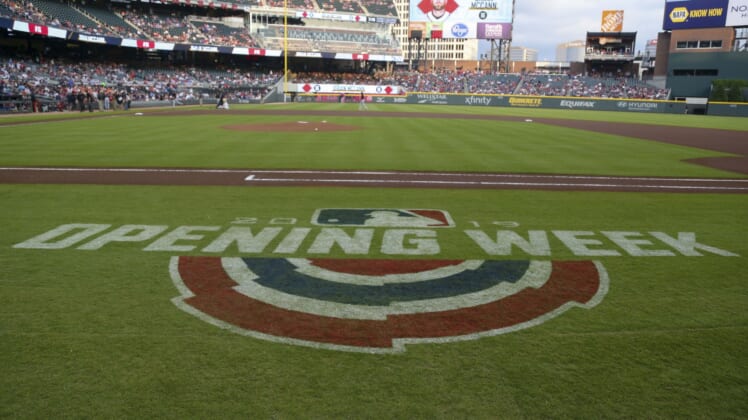 Major League Baseball is doing everything it can to ensure that there is an MLB season in 2020. As the COVID-19 pandemic continues, though, time is running out as MLB is now preparing for the last resort to bring baseball back this year.

Nearly two months after MLB suspended the start of the 2020 season, the league is starting to come up with plans to still have a season in 2020.

There is growing confidence around the league that baseball will be played in 2020. While the 2020 season won’t take place like fans are used to, everyone involved just wants baseball back. As league officials look to bring MLB back as safely and quickly as possible, many view the summer as the best-case scenario for the season to begin.

While MLB’s original idea to host all 30 teams in quarantine under the Arizona plan didn’t come to fruition, teams and players are both open to alternate possibilities. Among the ongoing talks, a plan that could take advantage of states like Arizona, Texas, Georgia and Florida opening up early. MLB would assign teams to each state and have them play in various MLB and college stadiums.

However, time is running out for MLB to put any plan into action. Players would need at least three weeks to prepare themselves for actual games and MLB would need facilities, staff and equipment in place in different locations. Furthermore, the league would need to make hotel arrangements for players and coaches, while also securing thousands of COVID-19 testing kits to regularly test personnel each week.

MLB can only accomplish so much in a few months and with the clock ticking and no firm plan in place, the league is preparing for a crucial deadline and a last resort.

League officials, team owners and players will have the next month to get on the same page with a plan, living arrangements and a plan for salaries and costs. While everyone is on the same page with wanting an MLB season and they each benefit from its return, May is viewed as the deadline for something to happen. If not, MLB must move to its emergency plan.

A World Cup-style tournament would likely push the season into August or September. Given MLB is already anticipating a massive economic hit if the season resumes without fans, this last-resort option would be even worse for everyone involved.

Fortunately, MLB’s worst-case scenario for now still involves baseball being played. a World Cup-like tournament would be significantly different than anything we’ve seen before, but it would be a wonderful escape for sports fans during a difficult time.