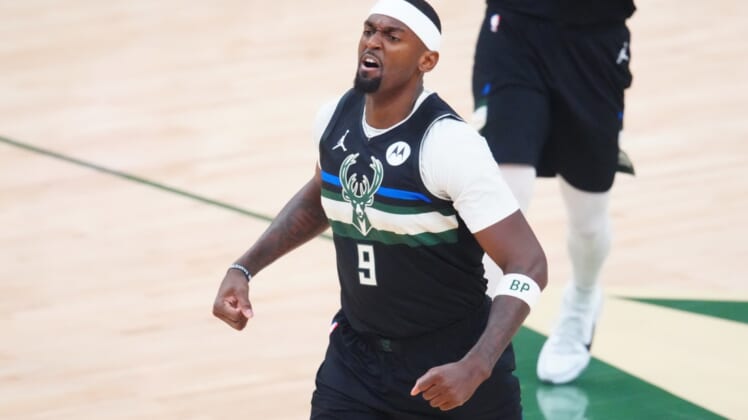 Portis, 26, averaged 11.4 points with 7.1 rebounds during the regular season, his first with the Bucks.

While that production declined a bit to 8.8 points and 5.0 rebounds over 20 playoffs games during the team’s championship run, fans fed off the energy supplied by the Arkansas product, often chanting his name.

According to the report, Portis is eligible to make as much as $5.9 million next season if he stays in Milwaukee.

Heading into journeyman status after playing with the Chicago Bulls, Washington Wizards and New York Knicks over the previous two seasons, Portis raised his profile by shooting 52.3 percent from the field and 47.1 percent from 3-point range, both career highs.