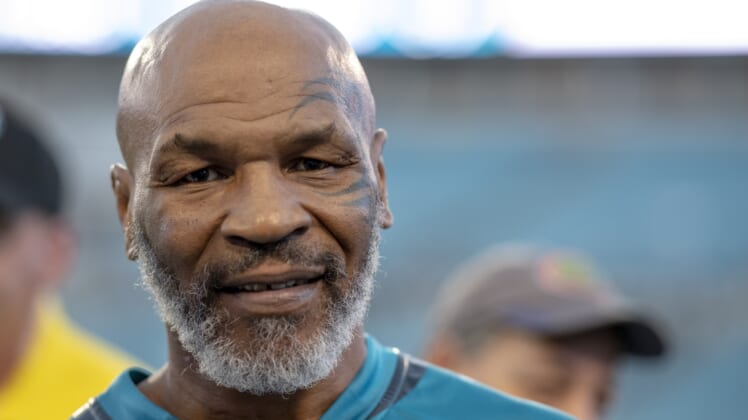 At the age of 53, Mike Tyson wants to get back into the ring. He recently started training again and has an awesome reason for pursuing boxing once again.

Now, he’s gotten an absolutely massive offer to do just that.

Tyson has already gotten a big opportunity. Australian boxing matchmaker Brian Amatruda is offering a whopping $1 million. He wants to put Tyson in the ring with some former professional rugby stars who have become boxers. Barry Hall, Paul Gallen and Sonny Bill Williams have been mentioned as possible opponents.

“He might be 53 years old but he’s still a huge name,” Amatruda said, per The Daily Mail, “and any of those blokes Hall, Gallen or Sonny Bill would jump at the chance to get into the ring with him.”

We question the wisdom of jumping into the ring with the former undisputed heavyweight champion on the world. Check out the speed and power Tyson still has.

It sure seems like Tyson is serious about his return to boxing. He wants to raise money for charity, so landing a $1 million prize would go a long way toward helping do just that.