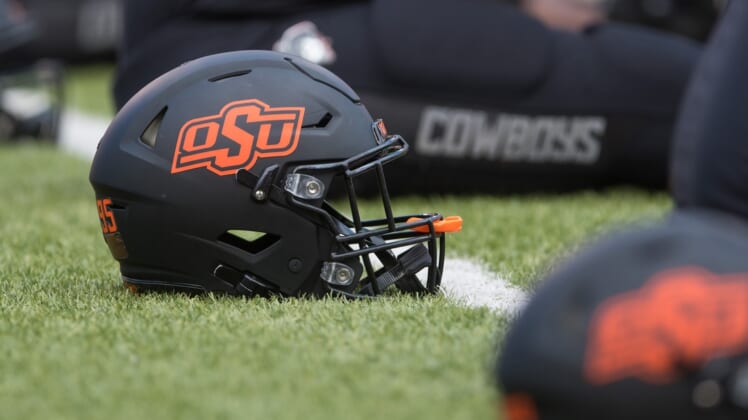 The change is pending approval of the board of regents, which is scheduled to meet Friday, and would become effective July 1.

President Burns Hargis said Holder will continue as a special adviser to the athletic department, tasked with raising money and facility development. Holder was named athletic director in September 2005 after 32 years as golf coach.

“We are in awe of the massive upgrade in athletic facilities under Mike’s leadership. I am personally appreciative of his adherence to honest principles in the performance of his duties leading our athletic department,” Hargis said in a school news release. “Serving with Mike to elevate and advance our alma mater has been a great privilege for me. Mike loves OSU.”

Among the upgrades at Oklahoma State is the $70 million O’Brate Stadium, which hosted it first baseball game on Feb. 24.

“Today is about the future of Oklahoma State University athletics,” Holder said in the statement. “Chad Weiberg is the new sheriff in town and he needs all of us to saddle up and ride for the brand. Get ready Cowboys and Cowgirls. If you do your part, then the best is yet to come.”

Weiberg earned his bachelor’s and master’s degrees at Oklahoma State and was hired as deputy athletic director in May 2017.

“I am humbled by this opportunity,” Weiberg said. “It is a special place with special people and a storied athletic tradition. We have exceptional coaches, remarkable student-athletes and an incredible staff. Coach Holder has done more at OSU than anyone imagined possible since he became athletic director. He put us in position to be competitive on a national level, transformed our facilities and helped us raise the expectations we have of ourselves. I hope to honor his accomplishments by building on them.”

The school said Weiberg’s contract will be for four years at $750,000 a year.