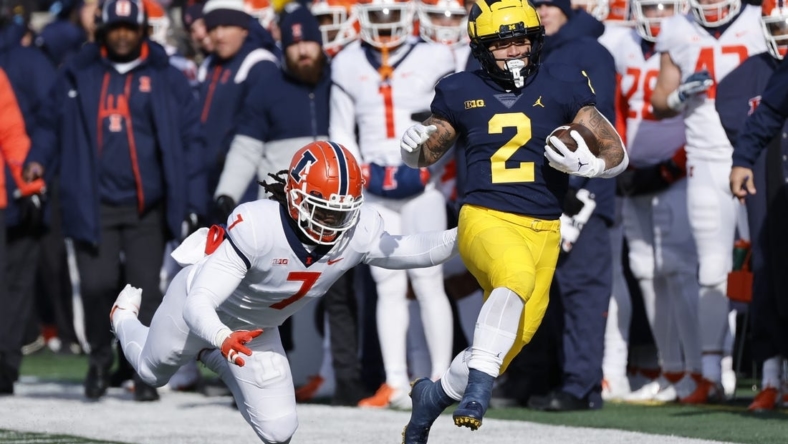 With 1:38 left in the second, Corum ran right for 4 yards and was favoring his knee after being tackled. He fumbled on the play as well, with the Fighting Illini recovering the ball at their own 13.

Trainers took Corum to the locker room, but he walked to the tunnel under his own power.

Corum had 103 yards and a touchdown on 17 carries before exiting. He also had two catches for 39 yards.

Entering Saturday’s game, Corum had 227 rushes for 1,349 yards and 17 touchdowns in 10 games this season. His total yards ranked fourth in the nation.