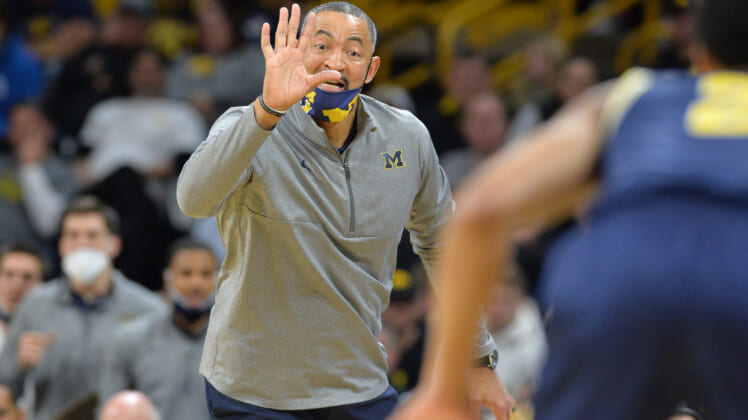 Head coach Juwan Howard and the Michigan Wolverines have not had a great go at it this season. They entered Sunday’s action against their Big 10 rivals in that of Wisconsin with a mere 14-10 record. Michigan was also seventh in the Big 10 with an 8-6 conference record.

It appeared that frustration boiled over for Howard and his Wolverines at the end of Sunday’s loss to Wisconsin.

As you will see below, Juwan Howard threw a punch in the direction of Wisconsin assistant coach Joe Krabbenhoft. It led to a massive brawl between the two rivals with punches being thrown everywhere. It was an ugly scene inside the Kohl Center in Madison.

Howard was apparently upset that Wisconsin called a timeout with the team up 15 points with 15 seconds remaining in the game.

Even then, there’s absolutely no room for this in amateur athletics. It led to multiple Michigan and Wisconsin players throwing punches in one of the largest-scale brawls we’ve seen in college basketball in eons.

On the other hand, there’s absolutely no reason for Wisconsin head coach Greg Ward to call a timeout in that situation. It will lead to tension.

Somehow, we don’t think that will be the story coming out of Madison Sunday afternoon. It’s all about Juwan Howard’s actions and the likelihood that it will lead to a lengthy suspension.