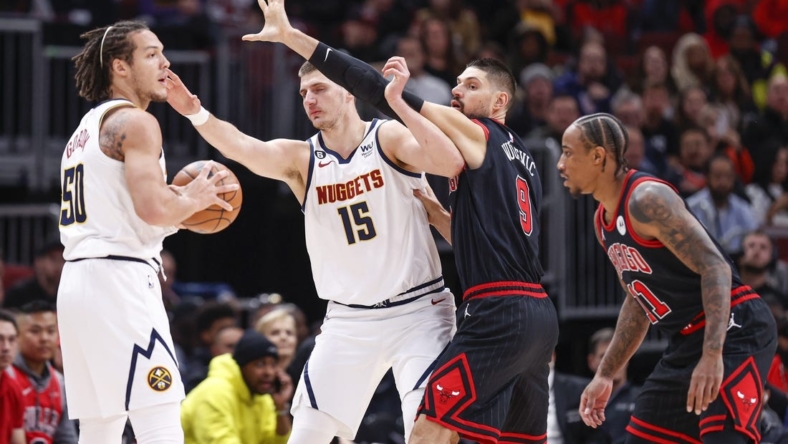 Michael Porter Jr. scored a season-high 31 points and Jamal Murray added 23 to lead the visiting Denver Nuggets to a 126-103 victory against the Chicago Bulls on Friday.

Aaron Gordon (13 points), Bruce Brown (12) and Kentavious Caldwell-Pope (10) rounded out a balanced attack for the Nuggets, who won for the seventh time in the past nine games while closing a four-game road trip at 3-1.

Nikola Jokic contributed eight points, 14 assists and six rebounds in 28 minutes for Denver. Porter was 11-for-16 from the field.

Chicago has lost four of five. The Bulls trailed by as many as 28 points while shooting 49.4 percent compared to 60 percent for the Nuggets.

Zach LaVine paced the Bulls with 21 points, while DeMar DeRozan followed with 16. Andre Drummond posted a double-double of 13 points and 11 rebounds, while Patrick Williams (15 points) and Goran Dragic (11) also scored in double figures.

Drummond eclipsed 10,000 career points with a basket in the second quarter, becoming the 52nd center in league history to accomplish the feat.

Denver shot 60.5 percent in the first half and took a 62-47 lead into the break. Efficient ball movement boosted the Nuggets, who had 21 assists on 23 made field goals before halftime. Jokic contributed 12 of the assists, often finding either Porter (15 points), Murray (14) or Gordon (10).

A 10-0 Chicago run, much of it with Jokic on the bench, brought the hosts within four points in the second quarter, but the Nuggets responded to get the advantage back to 15.

Bones Hyland (health and safety protocols) and Ish Smith (calf) were out for Denver.