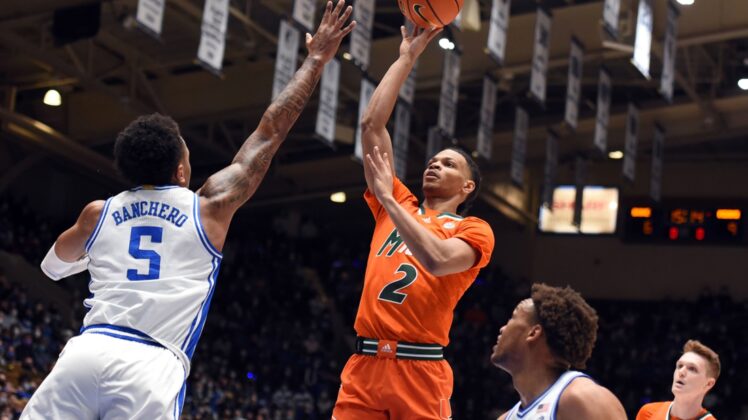 The agent for Miami guard Isaiah Wong says his client will transfer if he doesn’t receive a better name, image and likeness (NIL) deal.

“If Isaiah and his family don’t feel that the NIL number meets their expectations they will be entering the transfer portal tomorrow, while maintaining his eligibility in the NBA draft and going through the draft process,” Adam Papas of NEXT Sports Agency told ESPN on Thursday.

A two-time All-ACC selection, Wong averaged 15.3 points and 4.3 rebounds in 2021-22 for a Hurricanes team that reached the Elite Eight in the NCAA Tournament.

Wong declared for the 2022 NBA Draft earlier this week. He has started 75 of his 95 games over three seasons in Miami, averaging 13.3 points and 4.0 rebounds.

“Isaiah would like to stay at Miami,” Papas told ESPN. “He had a great season leading his team to the Elite Eight. He has seen what incoming Miami Hurricane basketball players are getting in NIL and would like his NIL to reflect that he was a team leader of an Elite Eight team.”

Papas said he recently negotiated a deal for Nijel Pack, who transferred from Kansas State to Miami. Pack will earn $800,000 over two years plus a car, according to Papas.

The specific amount of Wong’s current NIL compensation was not disclosed.

The deadline for players to enter the transfer portal and remain eligible for next season is Sunday.