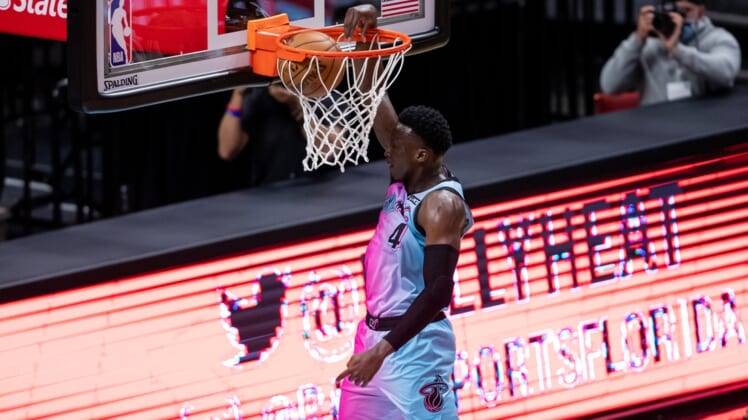 The Miami Heat will embark on a four-game road trip this weekend without Victor Oladipo, who injured his right knee in Thursday’s 110-104 win over the Los Angeles Lakers.

Oladipo, 28, grabbed his right knee after a dunk with 5:35 left in the game. He immediately went to the locker room and did not return.

A trade deadline acquisition by the Heat, Oladipo has averaged 12 points in four games with Miami after averaging 21.2 in 20 games with the Houston Rockets prior to the trade.

Oladipo began the season with the Indiana Pacers, averaging 20.0 points over nine games before a January trade to the Rockets.