Mets’ Pete Alonso ‘thankful to be alive’ after car accident 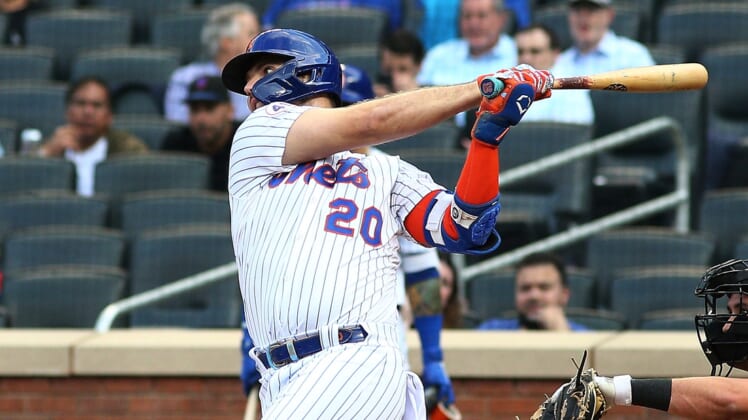 New York Mets slugger Pete Alonso said he is fine on Monday despite being in a car accident in which he claims his vehicle flipped three times after another driver ran a red light.

“Yesterday I got in a really, kind of brutal car accident,” Alonso told reporters in Port St. Lucie, Fla. “To me, it’s just really special to be here. This is a really special spring training because yesterday really was a close experience to death.

Alonso was not the only Mets All-Star making headlines on Monday. Starter Jacob deGrom confirmed he plans to opt out of his contract at the end of the season with the intention of keeping closely connected to the front office regarding a long-term deal.

deGrom said his goal remains to be with the Mets for life, but doesn’t want to discuss a contract during the season.

“But for me, I don’t want that to be any distraction,” deGrom said. “I’m excited about this team, love being a Met, I think it would be really cool to be one my entire career. But the plan is to exercise that option and be in constant contact in the offseason with the Mets and Steve Cohen and the front office.”

Alonso said he both hit the ball and took some grounders without issue on Monday. He plans to be ready for full activity on Tuesday.

“One (moment) I was coming here to work, coming to spring training, and next thing I know I’m kicking my windshield in trying to get out of a flipped-over car,” Alonso said. “Just really blessed to be here. Thankful nothing is wrong. Also thank you Ford for having great engineering.”