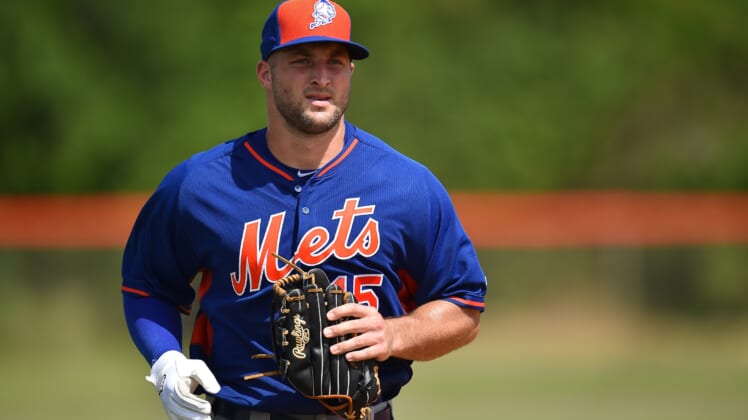 Tim Tebow is getting another shot with the big-league team. The New York Mets have invited the former NFL quarterback to spring training.

The team announced the decision Friday, and Tebow will join eight other non-roster players with the Mets. Four others were announced previously, according to Adam Rubin of the New York Post.

Although some are certain to suggest this is simply a publicity stunt by the organization, that’s not entirely the case.

Last season, Tebow posted a .226 batting average with a .309 on-base percentage. He clubbed eight home runs and drove in 52 runs, walking 43 times and striking out in 126 plate appearances.

Considering he hadn’t played a full season of baseball in a decade, that’s not terrible. It’s certainly not great, but Tebow displayed decent power and showed a decent eye at the plate. If he improves his contact rate, the strikeouts will fall substantially.

Yes, he’ll draw extra attention to the Mets, and don’t expect Tebow to reach the major-league club. But don’t be so quick to discount a potential rise in the minors, either.