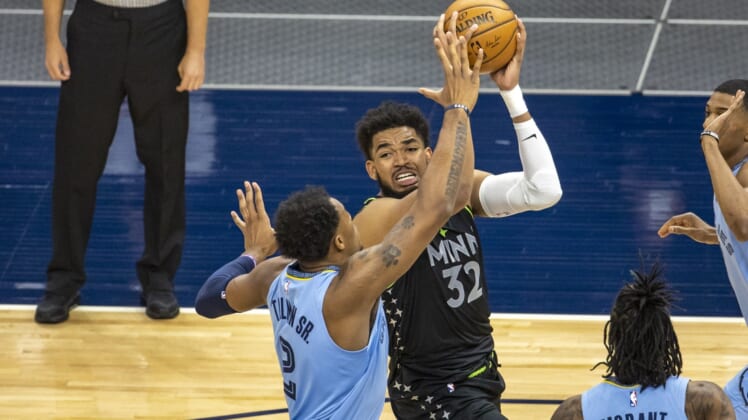 Ja Morant scored 37 points, Desmond Bane hit a pair of clutch 3-pointers in the final minute and the Memphis Grizzlies weathered 42 points from Anthony Edwards to hold off the Minnesota Timberwolves, 139-135, Wednesday in Minneapolis.

Memphis (33-32) scored 73 first-half points and took a 10-point lead into halftime, but Minnesota battled back on the strength of 8-of-10 shooting from 3-point range in the third quarter.

Edwards paced the Timberwolves’ 19-of-39 shooting from behind the arc, going 8-of-9 — his only miss coming on a buzzer-beater attempt at the end of the third period. His 42 points matched a career-high.

The raucous Minnesota rally set up a back-and-forth fourth quarter that Memphis played short-handed. Grayson Allen left the game in the first half with an abdominal strain, while both Jonas Valanciunas and Dillon Brooks fouled out in the final period.

Brooks finished with 16 points while Valanciunas exited with only nine points and five rebounds.

In their place, Memphis got key contributions off the bench from Brandon Clarke, who recorded a double-double with 12 points and a team-high 10 rebounds.

Xavier Tillman scored 11 points and grabbed nine rebounds, including a critical offensive board with a minute to go. He kicked the ball out to the wing to an open Bane, who sank the first of his two 3-pointers down the stretch.

Bane matched the career-high of 22 points he set in the Grizzlies’ last game, seven of which he scored in the final minute Wednesday.

Minnesota (20-46) pulled ahead when Karl-Anthony Towns scored the last of his 22 points on an and-one.

Despite scoring his most since hitting for 44 points in the season opener, Morant made just one 3-pointer, but it came after Towns’ three-point play and gave Memphis the lead the rest of the way.

D’Angelo Russell finished with 22 points and 14 assists for Minnesota.