Mayock: “Derek Carr Has Taken Over this Football Team” 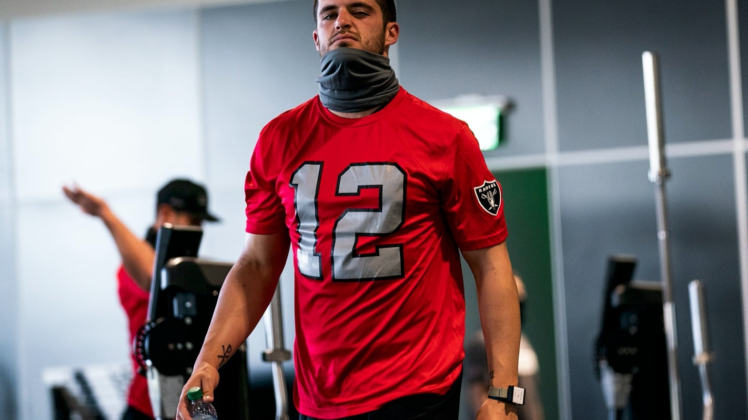 Over the past two seasons, since Mike Mayock joined Jon Gruden atop the player personnel leadership of the Las Vegas Raiders, we’ve heard how he and his coach weren’t big fans of their franchise quarterback Derek Carr.

Clearly, that assumption was wrong.

Entering his third season in Gruden’s offense, and second with his GM Mayock, Carr earned high praise Monday morning about his leadership of the young Raiders.

Carr organized unofficial practices during the COVID-19 lockdown at a local Las Vegas area park. At first with just a few teammates, but then it grew to the point where a good number of starters on both sides of the ball were working out daily with the quarterback.

Carr has said in previous weeks the workouts have helped him and his teammates prepare better with the shortened offseason workout plan due to the coronavirus.

Mayock believes Carr is coming into his own in year-three of playing for one coach and having one playbook.

“I think Derek’s just a natural,” Mayock continued. “I think he gets better every day with Jon (Gruden) in year three and that’s been awesome.