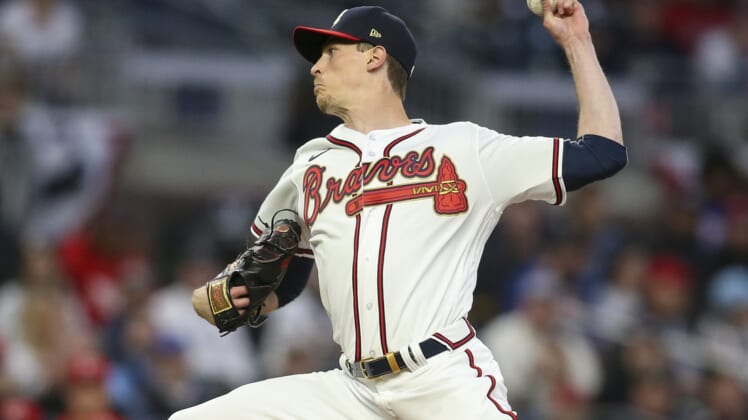 The Atlanta Braves will send ace left-hander Max Fried to the mound in the rubber game of a three-game series against the visiting Washington Nationals on Wednesday.

The first two games of the series have been one-sided, with Washington winning the opener 11-2 on Monday and Atlanta responding with a 16-4 victory on Tuesday. The Braves went 14-5 against the Nationals last season.

Fried made six starts against the Nationals in 2022, going 3-1 with a 4.08 ERA. He struck out 33 and walked nine in 28 2/3 innings. Fried most recently faced Washington on Sept. 7, when he allowed one run in six innings during a no-decision.

The Braves are using a six-man rotation to start the season but refused to move Fried up a day earlier to make his second start when a couple of short-inning starts taxed the bullpen. Atlanta instead purchased the contract of Bryce Elder from Triple-A Gwinnett to fill the void on Tuesday, keeping Fried on track with extra rest.

“We’re going to hang with (the six-man rotation),” Atlanta manager Brian Snitker said. “It won’t be every start. There’s going to be times when guys are going to go on five days, but … we kind of feel like right now it’s important to do that for the long haul.”

Fried yielded five runs on eight hits in 5 2/3 innings while losing the season opener to the Cincinnati Reds on Thursday.

Gray was beaten in his opening start on Friday, allowing four runs on nine hits in four innings against the New York Mets. He finished with two walks and five strikeouts.

Gray started two games against the Braves in 2021 after being acquired as a key piece of the trade that sent Max Scherzer and Trea Turner to Los Angeles. He went 0-1 vs. Atlanta but sported a 3.27 ERA, striking out 16 in 11 innings, though he served up four home runs. His last start against the Braves came on Aug. 13, when he took the loss after giving up three runs in six innings.

The Washington offense was limited to four runs on Tuesday, with one of those coming on Juan Soto’s 451-foot home run off Elder. Soto, 23, collected the 100th homer of his career in just his 470th game.

“It means a lot,” Soto said. “It’s just a number that not many players get to … and it feels like an honor to be there.”

Washington played without designated hitter Nelson Cruz on Tuesday. He was a last-minute scratch because of right groin tightness and will be evaluated on Wednesday morning.

Washington continues to have issues at shortstop. Lucius Fox started there Tuesday and went 0-for-4 with three strikeouts. Fox earned an opportunity because Alcides Escobar is 1-for-15 with seven strikeouts to start the season.