Matt Nagy on Mitch Trubisky chugging beer: ‘Proud of him’ 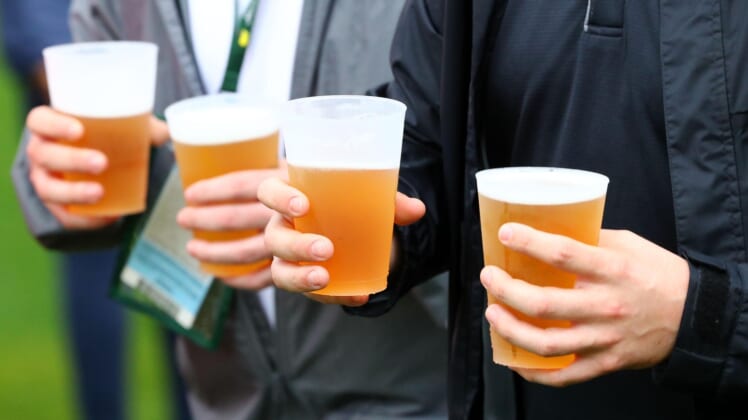 Chicago Bears head coach Matt Nagy is happy with quarterback Mitch Trubisky, not only on the field but off the field as well.

Apparently Nagy is “proud” of the way Trubisky can throw back a cold one.

This is important stuff, right? Trubisky ranks right up there with the best of the beer chuggers.

The worst would clearly be Packers quarterback Aaron Rodgers, who failed miserably at the task.

Maybe after getting left in the dust, Rodgers deserves a re-do. He did not even finish his beer. Trubisky obviously has his NFC North rival quarterback beat in this contest.