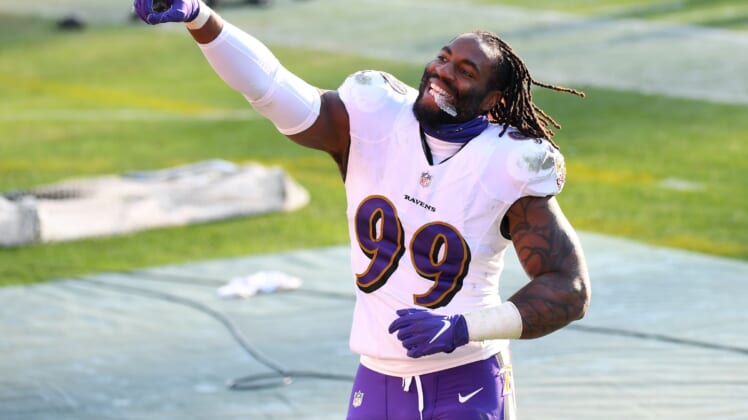 The New England Patriots are making it clear during the early stages of NFL free agency that they plan on contending. Matt Judon of the Baltimore Ravens is now the latest example.

It was reported by NFL Media’s Ian Rapoport, earlier on Monday that the Patriots were making a strong push to sign the two-time Pro Bowl pass rusher away from the conference-rival Ravens.

That’s now come to fruition. Various reports indicate that the Patriots have signed Judon to a four-year, $56 million contract. It adds to their otherwise weak group of edge pass rushers in a big way.

This is an absolutely huge move for Bill Belichick and the Patriots. Judon, 28, hit free agency having tallied a combined 93 quarterback hits and 30.5 sacks over the past four seasons. The former Grand Valley State star has been among the most consistent pass rushers in the NFL during that span.

It is certainly an area of need for the Patriots after they finished up shop on their first losing season since all the way back in 2000. New England recorded a mere 24 sacks in 2020 with Chase Winovich (5.5) leading the charge. No other edge pass rusher on the roster tallied more than 2.5 sacks. Obviously, Matt Judon changes that immediately.

New England entered the legal NFL free agent tampering period with a league-high $71.75 million to spend under the cap. It appears the team is going to use those resources to improve a fledgling roster. That now includes bringing in Matt Judon.