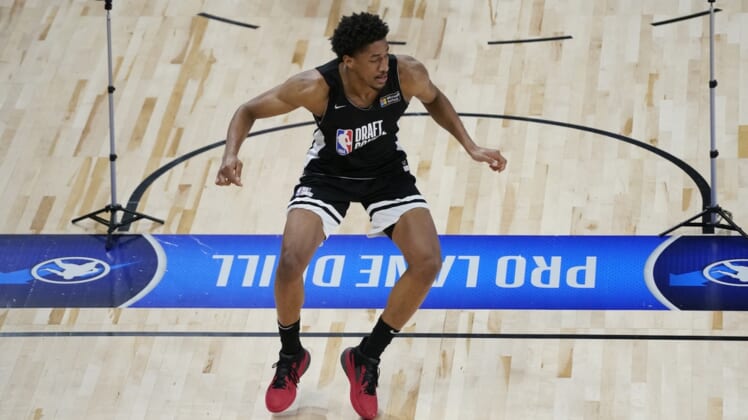 Maryland guard Aaron Wiggins has decided to keep his name in this year’s NBA draft and forgo his senior season of eligibility.

“My story. My Journey. My decision. I will be keeping my name in the 2021 NBA draft,” Wiggins wrote. He thanked the Maryland coaching staff and fans, then added, “For those who believe in me, continue to pray with me. Thank you Family & Thank you God!”

Wiggins told ESPN that he made his decision after going through the NBA’s pre-draft screening process and combine while also meeting with seven teams privately.

“The last couple of weeks, being able to go through team workouts, the G League Elite Camp and the NBA combine, being able to play my game has been beneficial for me,” Wiggins said to ESPN. “I’ve shown teams things they’ve never seen before. Teams have been surprised by what I showed. I’ve loved the information and feedback I’ve received and didn’t want to wait until the last minute with my decision.

“I’m ready to take the next step. At the end of the day, you have to make the best decision and the one that will benefit you the most.”