Former NFL running back Marshawn Lynch has always been involved in the community. The work he’s done in his hometown of Oakland, CA. is by now well known to the local citizens.

The same can be said for Seattle, where he suited up as a football player for five-plus seasons before retiring in February.

Lynch is now extending his humanitarian efforts to outside of the United States. 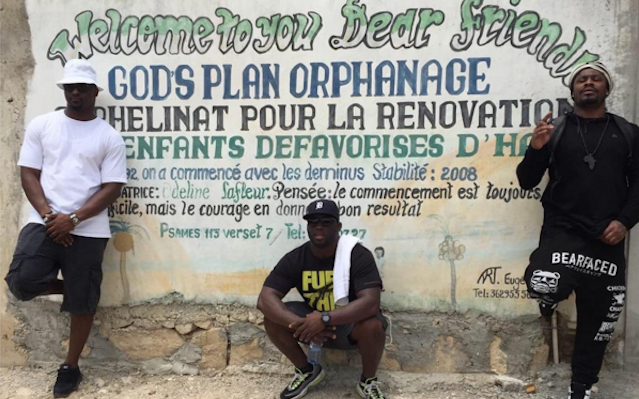 Here are the guys hard at work performing that manual labor most NFL players are … well, not exactly known for.

You have to give Lynch and the guys credit here. Under the guise of the Cliff Avril Foundation, the idea is to help build living quarters for orphaned young Haitian children.

He’s also taken time to hang out with Egyptian children during his trek to The Pyramids. All this coming just months after Lynch himself hung up his cleats.

If this is the way Lynch is going to spend his retirement, good for him.

As much as the media loved to focus on the perception that Lynch wasn’t an engaging character during his career, his off-field community service work paints the potential future Hall of Famer in a great light.