Marshall indicates it is leaving Conference USA for Sun Belt 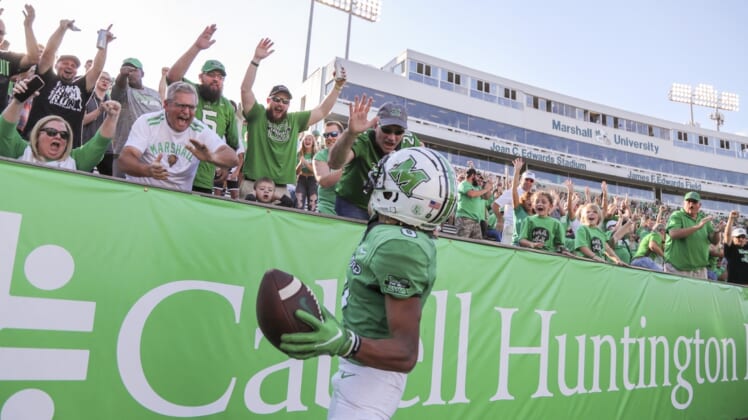 Marshall is the latest school to commit to joining the Sun Belt Conference.

The athletic department released a video on its Twitter account on Friday indicating it was joining the league.

“Let’s have some fun! #RiseAsOne|@SunBelt,” the text above the video said.

Marshall will become the ninth school to depart Conference USA in the latest round of league shuffling.

The addition of Marshall will give the Sun Belt 15 full members, including 13 for football.

Earlier this week, the Sun Belt formally announced the additions of Southern Miss and Old Dominion. Both those schools will depart C-USA and join the Sun Belt no later than July 1, 2023

The Sun Belt also has held discussions with FCS power James Madison, a member of the Colonial Athletic Association.

Six other C-USA schools — Charlotte, Florida Atlantic, North Texas, Rice, UAB and UTSA — are leaving to join the American Athletic Conference in 2023 at the earliest.

C-USA commissioner Judy MacLeod said last week that the league is seeking new members with some possibly coming from the FCS level.