Marlins Man ‘furious,’ has yet to renew season tickets for 2018 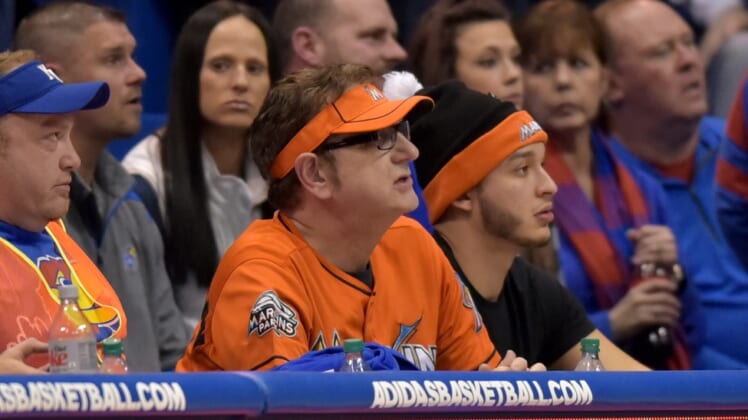 For years, we’ve known Laurence Leavy as “Marlins Man,” the man who wears his bright orange Miami Marlins jersey to prominent sporting events throughout the year. But come 2018, he may not be Marlins Man anymore.

Leavy has been a season-ticket holder since the franchise’s 1993 inception. But he’s yet to renew in 2018, frustrated with the team’s fire sale that has included trading stars like Giancarlo Stanton, Marcell Ozuna, and Dee Gordon.

Marlins Man, season ticket holder since 1993, hasn't renewed and is furious with prospect of paying big league prices "for Triple A team."

"This makes me miss Loria" Marlins Man said. "Who would have thought THAT!"… Jeter enters to mild, polite applause https://t.co/vSpQMXOjqk

There are multiple ways to look at this.

One is that it’s unquestionably understandable. Since the end of the 2017 season, Miami’s new ownership group has been completely focused on cutting payroll. That has meant not getting adequate talent in return, especially as it relates to the Stanton deal.

On the other hand, this has long been a trait of the Marlins. Past owners Wayne Huizenga and Jeffrey Loria completely blew up World Series winning teams following the 1997 and 2003 seasons. With that in mind, it’s hard to see how breaking up this team, which hasn’t even had a winning season since 2009, would push one over the edge.

Certainly, the Marlins could do more to help the fans out. As things presently stand, they figure to be one of baseball’s worst teams in 2018. Giving some break to the fans would not be out of line.

And obviously, Leavy is more than entitled to spend his money any way he wants. If he doesn’t want to put money into Marlins season tickets anymore, that’s his right. But given this franchise’s history with now three different ownership groups, his stated reasoning for not renewing doesn’t completely add up.