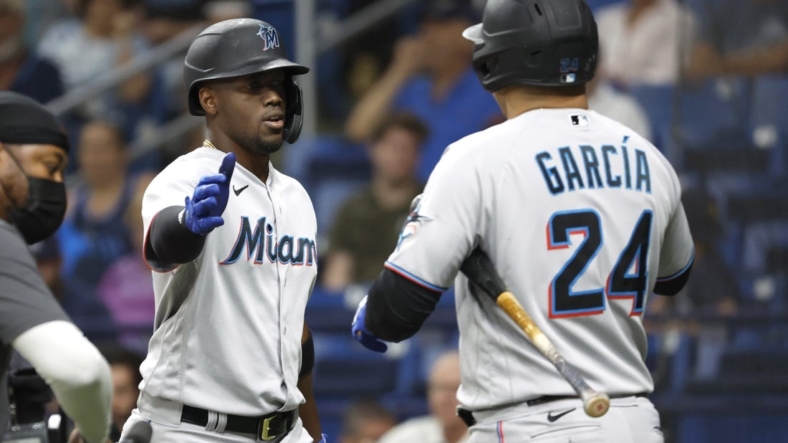 The host Miami Marlins, who have lost five straight games to the in-state rival Tampa Bay Rays, will get a chance to snap that skid on Tuesday night.

The Marlins are just 3-8 this year when starting Luzardo, who has faced Tampa Bay just once in his career, when he gave two runs in four innings during a loss on Sept. 26, 2021.

Luzardo has pitched his best baseball of the season this month. He recorded three quality starts in his past four games and has a 2.67 ERA over five August outings.

Overall, the Marlins have lost four of their past five games, with three of those defeats coming in extra innings.

“Nobody wants to lose a game,” Miami manager Don Mattingly said of his young team. “But these guys continue to play hard. They have continued to prepare. I don’t think anybody’s not trying.

“I’m not going to ding guys when they don’t get the job done when they are doing the best they can. They are working hard to improve. They are trying to learn on the run, a lot of them. That’s what you get when you are in the mode we are in, giving guys chances.”

Mattingly was referring to Marlins rookies who have had limited at-bats this year, including infielder Charles Leblanc (.304 batting average), first baseman Lewin Diaz (.176) and outfielders JJ Bleday (.200) and Jerar Encarnacion (.182).

Meanwhile, while the Marlins are rebuilding, the Rays are leading the American League wild-card race.

The Rays, who are seeking their fourth straight playoff appearance, are coming off a 12-4 win over the Boston Red Sox on Sunday.

“This was a big one,” Tampa Bay manager Kevin Cash said. “Even though we didn’t win the series, we will go into an off day feeling good.”

The Rays, who had played 17 games in 17 days before getting that day off on Monday, will hand the ball to McClanahan.

Tampa Bay is 14-10 when starting McClanahan, who is on a roll with three straight quality starts. He has 18 on the season.

In two career starts against the Marlins, McClanahan is 2-0 with a 0.82 ERA. That includes a 4-0 win on May 24 when McClanahan dominated with nine strikeouts in six scoreless innings.

“Very encouraged and impressed by the way the guys have thrown the ball,” Cash said, “Kind of led by our starting pitching.”

The Rays’ offense has been without starting second baseman Brandon Lowe since Friday, when he got hit on his right elbow by a pitch. Cash would like to get him back in the lineup on Tuesday in the series opener, according to the Tampa Bay Times.

He could augment a lineup that has Harold Ramirez riding a hot streak. The former Marlins slugger has hit safely in 11 of his past 12 games and is 3-for-8 with two homers in two career games against Miami.