Marlins erupt in eighth to roll past Diamondbacks 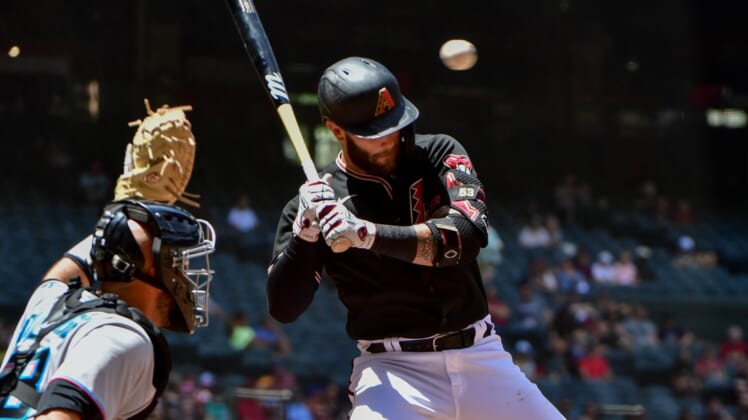 Jazz Chisholm Jr. and Avisail Garcia each hit three-run home runs during an eight-run ninth inning as the visiting Miami Marlins avoided a three-game sweep with an 11-3 victory over the Arizona Diamondbacks on Wednesday at Phoenix.

Arizona tied the game at 3-3 on pinch hitter Jordan Luplow’s two-run homer in the eighth inning before Miami sent 12 batters to the plate and pounded out eight runs on eight hits in the ninth.

Joey Wendle also hit a home run for Miami, which snapped a three-game losing skid and won for just the second time in its last 11 games.

Alek Thomas hit his first career home run for Arizona, which was out-hit 15-4 and saw its three-game winning streak come to an end.

Miami took an early lead in the first on Wendle’s one-out, two-run blast off Merrill Kelly, who had not allowed a homer in his last six starts dating back to last season.

The Marlins added to their lead in the third. Jesus Sanchez drew a leadoff walk, moved to second on Bryan De La Cruz’s single, and scored on Stallings’ single.

Kelly, who entered the game with a National League-best 1.22 ERA, allowed three runs on seven hits over five innings. He walked two and struck out four.

The D-backs got on the board in the third on Thomas’ one-out solo homer. The rookie outfielder had two hits and is 5-for-13 with three RBIs in his first four games.

Wendle had two hits before exiting with right hamstring tightness for the Marlins, who had lost their first five meetings against the D-backs this season.

Arizona designated hitter Seth Beer singled in the seventh to break an 0-for-37 streak.