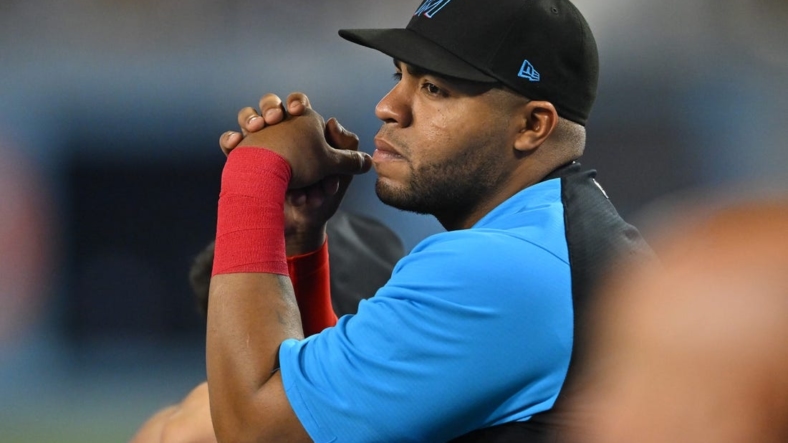 Miami Marlins first baseman Jesus Aguilar, who leads the team in hits, home runs and RBIs, was designated for assignment on Friday.

The Marlins (54-70) will give their younger players more action, while Aguilar will have the opportunity to catch on with a playoff contender. Wednesday is the deadline for players to be on a team’s roster in order to be eligible for the postseason.

“We just felt the at-bats were going to be a lot less for him,” Marlins general manager Kim Ng told reporters Friday. “We’re giving time to others for their at-bats.”

Aguilar, who had played for Miami since 2020, said he was thankful for his time with the Marlins.

“Hopefully, I can be on one of those teams that are competing for a playoff spot,” Aguilar said.

In a corresponding move, the Marlins activated All-Star first baseman Garrett Cooper from the seven-day concussion list. The 31-year-old is batting .269 with seven homers and 42 RBIs in 94 games.