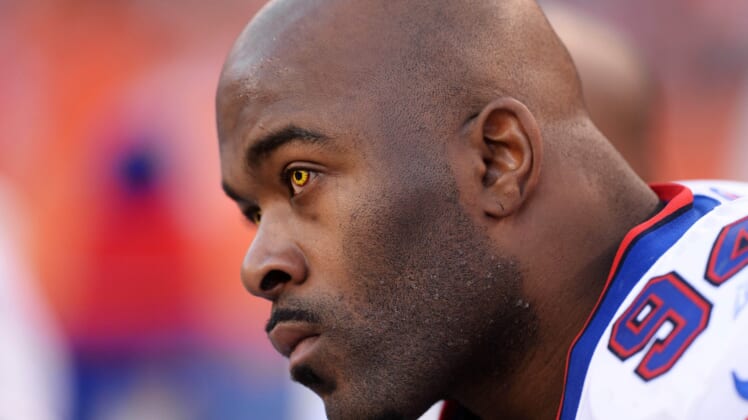 Buffalo Bills defensive end Mario Williams is struggling through a difficult season, and the team’s defense continues to disappoint as whole heading into Week 13. Why isn’t the All-Pro pass-rusher and the hyped Bills defense living up to expectations? The answer might surprise you.

Speaking with Vic Carucci of The Buffalo News before Sunday’s game against the Houston Texans, winners of four straight, Williams admitted he’s still not locked into what Ryan is attempting to do with the defense, which is quite complex. This is a sentiment that has been echoed by teammates, including fellow pass-rusher Jerry Hughes, per Carucci.

“It makes us switch up certain things that we do,” Williams said Friday. “Now, we might have to do this, we might have to go that way and might not be in the same, as comfortable a position as we’ve been in previous years. But other than that, I don’t think it makes it difficult. It’s just a different look. It’s a different feel for us.”

A couple months back, Williams lamented his role within Ryan’s scheme, which oftentimes asks pass-rushers to drop into coverage, rather than do what they do best, which is get after the quarterback. Instead of making any adjustments, however, “We’re still doing the same thing,” Williams said.

The numbers aren’t pretty as it relates to the players executing Ryan’s scheme. In fact, the entire Buffalo defensive line has managed just 10 sacks all year, while J.J. Watt comes into Ralph Wilson Stadium this Sunday with 13.5 to his own name.

Coming into this season, Williams was playing some of the best ball of his career, logging 38 sacks in three years after coming to Buffalo from Houston. This year he’s only managed three sacks and hasn’t gotten into any kind of groove as he attempts to integrate himself into Ryan’s defense — a scheme that seems to be incompatible with the players currently on Buffalo’s roster.

The Bills as a team have managed just 16 sacks all year, which is the second-worst total in the NFL. Ryan’s defense is also in the bottom half of the league in yards allowed and is letting opposing teams score 23.4 points per game.

Perhaps it’s time for Ryan to stop trying to fit a square peg into a round hole and just call plays that suit his personnel, rather than asking his players to perform tasks that is out of their comfort zone. The players are clearly capable of performing at a high level, but it’s up to Ryan to ensure they are put in the best position to succeed.

And, with the playoffs approaching and the Bills currently in desperation mode on the outside looking in, there is no better time than now to make a change and see what happens.

Don’t hold your breath waiting for this to happen, though.